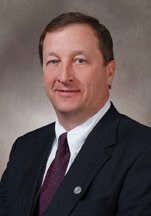 Bastard Nation is sad to learn of the death of Mike Walley, former Deputy Speaker of the New Hampshire House.

Mike was a true friend to adoptees everywhere. He had no personal relationship to adoption. He simply believed that all adopted people should be treated like the non-adopted. His passing is a great loss to us personally and to the adoptee rights movement everywhere.

At the time of our bill, he was Deputy Speaker of the House and he always understood that our bill was about civil rights not reunion. He fought hard for our bill and without his steadfast support in the House, I do not think it would have passed. With his position in leadership he was able to lend all of his clout and all of his energy to our bill. He will always be my hero. I went to high school with Mike, so we have known each other for many years. I hope that you will all join me in remembering Mike today & recognizing what an important person he was in our quest for equal access. 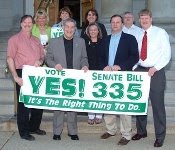 I think that his family would find comfort in hearing what a special person he was and it is my wish to inundate them with cards. Would you be willing to send a card to the family to let them know how much we all appreciated what Mike did for our cause? If so, maybe you could just send your sympathies along with a thank you for his work on SB335 ~ the adult adoptee access bill. Nothing long, just a couple of sentences so that the family will know that he touched many lives including some outside of NH.

You can send your message of condolence to his family at:

I’ll link to other articles when they appear.

NOTE: Some of the links, especially the Concord Monitor links, are acting up so you may have to go to the source directly and do a search).)

Concord Monitor, March 7,2008, Before Whalley was a Bigwig, He Sure Could Have Fun