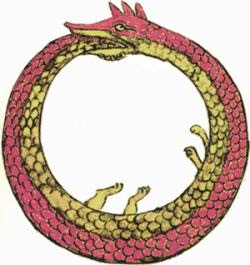 I will continue coverage of the Stephanie Bennett case. For previous posts, please scroll directly below this one.

I’ll be away for a few days working on a research project, but I wanted to say a couple things about the Blogging Blitz for Evelyn.

It’s been an honor to be part of this historic endeavour. No adoption ideology was required. Bloggers could believe adoption is the best thing since Jif or the worse thing since the Battle of the Marne. One’s position in adoption didn’t matter: adoptee, first parent, adoptive parent, activist, bystander…just as long as you cared what happens to a family torn asunder by an uncontrolled “child placing” industry. Some blogs were eloquent, some clumsy, some angry, some thoughtful. Some focused on Stephanie and Evelyn Bennett, some on the rot that defines Adoption USA. Some bloggers only posted the timeline; others surfed the ‘net in search of new information about A Child’ Waiting. The common denominator: outrage and care.

About 135 bloggers participated in the blitz. Origins USA and Third Mom list and link many of them. I haven’t read all of the blogs, but I thought I’d share some that resonated with me. In no particular order:

BB Church–BB Church’s Funhouse: Return Baby Evelyn to Stephanie Bennett!
But as important as the rightful return of this child to her family may be, this is more than an issue of one woman’s struggle against the “bad apple” practices of a non-compliant renegade adoption agency (although it is that), because the disconnection between simple justice and fairness that sits like a bloated toad at the bottom of this case underlies the institution of adoption as it is practiced in the US today.

Fauxclaud–Musings of the Lame: Why Is Stephanie Bennett So Important?
What should be frightening, not just for us in adoptionland that care about reform, that care about morals and ethics and justice, but for ANYONE in the United States that HAS a child, or cares about another person…is that so many abuses and misjustices have occured and NO, the Bennetts have never done anything to deserve ANY of IT! They are just a family in Ohio, trying to live a life, just like you and your family wherever you happen to live are trying to live yours.

Margie–Third Mom: An Open Letter to the Couple Who is Hiding Evelyn Bennett
There is enormous potential for abuse in adoption. Those who may think their adoptions were conducted ethically may find, on deeper investigation, that this isn’t the case. And even when the letter of the law is followed, there are basic human rights to consider, which the law unfortunately doesn’t always respect. I understand, therefore, that you may feel you’ve been victimized by this situation, and may therefore believe you have a right to this child…
Do the right thing. Return Evelyn to her mother and grandparents now.

A Voice of Reason–Stephanie’s Case: There’s is What’s Right, What’s Wrong, and the Law
This family, the Bennett family, has been torn apart. Not because of abuse, not because of neglect, not for any reason that might warrant the breaking up of a family. No. They’ve been torn apart because Stephanie, alone and in crisis, was pressured into terminating her rights and hiding from her parents. They’ve been torn apart because Stephanie’s baby, little Evelyn, was a valuable commodity for a money-hungry industry, and one agency pressed on Stephanie’s weak points until she cracked… until they got her baby.

Just Enjoy Him-–Today is Evelyn Bennett’s Birthday: This baby, this little girl, is one-year-old today. Imagine not being there to see your baby turn one-year-old, all because a high school guidance counselor took it upon himself to play God and call an unscrupulous adoption agency into the picture who took advantage of a young girl, who not only didn’t seek the advice of her parents, but advised her to run away from said parents so that her they wouldn’t know that she was relinquishing her baby for adoption. How much more underhanded, greedy, immoral, and corrupt can you get?! Sneaking a baby for profit and gain, and then advising the “adoptive parents” (if the adoption is in fact legal; we know that it’s not ethical) to go into hiding so that Baby Evelyn can’t be found. This agency is clearly staffed by the bottom feeders of society, people who don’t have morals, who don’t have ethics, who don’t care one iota about “the best interests of the child.

Paragraphein–A Child’s Waiting, Evelyn Bennett and an Unnecessary Family Breakup—This family, the Bennett family, has been torn apart. Not because of abuse, not because of neglect, not for any reason that might warrant the breaking up of a family. No. They’ve been torn apart because Stephanie, alone and in crisis, was pressured into terminating her rights and hiding from her parents. They’ve been torn apart because Stephanie’s baby, little Evelyn, was a valuable commodity for a money-hungry industry, and one agency pressed on Stephanie’s weak points until she cracked… until they got her baby.

In some ways the Bennett story is our story. Each of us has been affected by an ethically if not legally impaired adoption system. No matter how our individual adoption narratives have played out, even those with the best experiences know well the rot at the root: secrecy, shame, and greed. The deform movement is known for eating itself. That’s what the enemy wants. Uniting for the Bennetts is good.–for them and us!

8 Replies to “THE STEPHANIE BENNETT CASE: FOR ONCE ADOPTIONLAND DOESN’T EAT ITSELF”