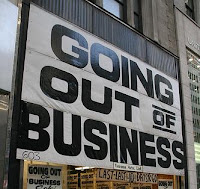 I wasn’t expecting this one, but maybe I’m out of the loop!

National Council for Adoption member Los Ninos International Adoption Center is no more as of March 31,2009. Unlike many agencies that have closed their doors recently, with little or no notice, this appears to be an orderly shutdown, but the only information I can find is off the Los Ninos webpage itself.

The Board determined that Los Niños can no longer continue its charitable adoption activities because it is extremely difficult to meet our client’s adoption goals now that the rules governing new applicants have become so stringent and numerous countries have closed their international adoption programs. The Board believes it is in the best interest of Los Niños and its clients to dissolve Los Niños.

The Texas-based Los Ninos has been around since 1981. It is a 2007 inductee into NCFA’s Hall of Fame. Besides the Los Ninos webpage you can read more about them here.

I don’t know much about Los Ninos so I won’t comment. only to say that it appears the Hague, adoption scandal blowback, and the economy has done them in. ChompChomp! I wonder if the age of the Erichsons might have something to do with it, too.

I think well be seeing more shutdowns this year.

BTW, does anyone know if the adoption industry is slurping at Obama’s trough?

39 Replies to “THE ADOPTION INDUSTRY CONTINUTES TO EAT ITSELF: LOS NINOS SHUTS DOWN”