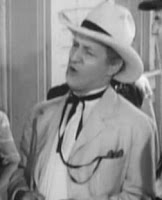 We all know about adoption and child welfare secrecy:

And just when you think it can’t get any more secret, we have Rep. John J. DeBerry, Jr, and Sen. Paul Stanley who don’t think it’s the media’s business why they’ve introduced restrictive adoption bills (HB 605 and SB 78) in the Tennessee legislature. The companion bills ( I can’t find the texts, only the summaries) ban unwed cohabiting couples from adopting. Who this really means, of course, is gays and lesbians. “Those people” never come up in the bills’ language, though, except for a passing reference to Tennessee’s constitutional amendment that defines marriage as between a man and a woman. Last year these same Junior Claghorns introduced a more strict gay and lesbian ban. Go here for background.

Most Tennesseans thought the issue died after an October 2007 ruling by the state Attorney General that there was no legal basis in state law to ban gay couples from adopting. For reasons apparent to no one but themselves and their best friends at the Family Action Council of Tennessee, who never met a queer that didn’t make them break out in hives, the Junior Claghorns revived the issue last month with their proposals. Advocates of the bills say the AG and the Department of Children’s Services misinterpreted Tennessee law. David Fowler, president of FACT opined “that most lawmakers and ordinary people understood the adoption policy’s intention to give children to straight, married couples” before the AG’s opinion.

Unlike most politicians who are more than happy to publicize their keen lawmaking skills and shake glad hands with the public, especially in November, the Junior Claghorns have scurried into their hidey-holes at the War Memorial. Sen. Stanley is just plain not available for comment. Rep. DeBerry, Jr. however, takes a unique approach. According to The Tennessean:

DeBerry said there were aspects of his reasons for sponsoring the bill that he was unwilling to discuss with a reporter. DeBerry was also unwilling to say what sort of family structure he believes is best for children.

“If a member of the public would like to know my reasons, they can contact me, come into my office, he said. “We will shut the door, and I would be happy to share my reasons.”

Well, isn’t that nice! Not only is adoption a secret process, people in Tennessee can’t even find out why lawmakers have introduced major adoption legislation, short of setting up a meeting behind closed doors, with the House sponsor. Actually, I kinda like that idea. Let DeBerry be so tied up in one-on-one meetings with angry queers, singles, and adoption reformers everyday that he can’t get out of his office to cause mischief elsewhere in the building.

We all know why the Junior Claghorns keep introducing these bills, but why don’t they just admit it? Come on dudes. Be loud and proud! Does DeBerry think that the press asking why he’s sponsoring HB 605 is an “invasion of his privacy?” We’re talking about adoption,a nd anything less than murky, of cousre, is protected by special rights. If first parents have a right to hide, why not lawmakers?

DeBerry, waving the empty purse, claims that one of his “primary concerns” in banning unmarried couples from adoption is child support collection if proscribed adopters separate later. Apparently DeBerry is so busy sticking his nose into other people’s family building that he’s unaware that the Tennessee Department of Human Services collects child support from married, unmarried and divorced parents. Hey, I bet DHS even collects from gay and lesbian adopters! And does he really want to talk about gay bioparents?

According to DCS, if the the Junior Claghorns prevail, the pool of adults from which the state can draw adoptive parents, already small, would shrink, causing available children in the state system to spend about 180 extra days in state care and cost Tennessee taxpayers $5,000,000 and an additional loss of $3,500,000 in federal funds.

Despite the real Senator Claghorn’s admonition, “It’s a joke son. It’s a joke,” it’s not a joke when politicians shut-out the media and tell constituents to meet with them behind closed doors to discuss what’s up.