Early this morning, Mr. or Mrs. Morrisey (probably Mrs.) hiding under the cloak of “anonymity” attempted to post a comment here regarding yesterday’s entry. The fact that for the last 2 1/2 years the couple has been banned from posting on The Daily Bastardette hasn’t stopped them from sending dozens of traceable comments to me. All their snark-bombs have been archived. I suppose one of these days I should post an anthology, complete with 4-letter explicatives, for reader amusement.

But today, I am breaking my own rule and posting this morning’s M comment:

The baby has its full medical and familial history due to the SH law, so this is a positive outcome!

The Passewitz abandonment was a hoax.

If Ms. Passewitz intended to legally dump her baby via “safe haven,” she made no effort to do so at the time of her 911 call. She did not, in the ill-chosen words of Lucas County JFS director Dean Sparks, “claim her safe haven privilege.” In fact, we don’t even know if Ms. Passewitz was aware of her “safe haven privilege” at the time she made her call. She may have learned about it once the investigation started and DJFS whispered in her ear. Clearly, Ms. Passewitz did not abandon her baby or wish him harm, but she lied to police and filed a false police report. Because of that lie, several innocent women were pulled in by the police dragnet: the “nervous” non-witness and an undisclosed number of women forced to turn over DNA to prove their innocence. All on the Delaware County taxpayer’s dime.

Of course, our baby dump shills have no compunction about exploiting these kinds of lies, hoaxes, and personal tragedies.

In Massachusetts in November 2003 Swansea soccer mom Barbara O’Leary reported to police that she found a newborn, called Baby Tyler, in her car. A few days later, she admitted she’d given birth to him on Halloween night. When she went in to labor, she sent her two other children to stay elsewhere. Early on, she pointed her finger at her babysitter, who just happened to be the daughter of a close friend. The poor girl and her boyfriend were dragged out of school and questioned and accused by police. Ms. O’Leary, see, was going through a contentious divorce from her lawyer husband and according to reports, Baby Tyler was conceived under undisclosed “embarrassing circumstances.” Police declined to file charges against O’Leary saying she’d “been through enough.” Eventually, she got custody of the baby. Her other children were sent to live with family members.

As in the Passewitz case, no abandonment had taken place. Although, Baby Tyler had been in the care of his mother the entire time, this case was included in a dubious list of “abandonment” cases in Massachusetts used to push through that state’s law.

I do not hold Allison Passewitz or Barbara O’Leary any ill will. Though not innocent of wrong-doing, they are cogs in the Big Baby Dumper. In my opinion, at the time they perpetrated their hoaxes, didn’t much know what they were doing. These women (and others) are simply looking for a way out of their predicament and panic. The state and dump pimps, of course, know exactly what they are doing: frothing at the chance to push their own agendas through other peoples’ confusion and tragedies. 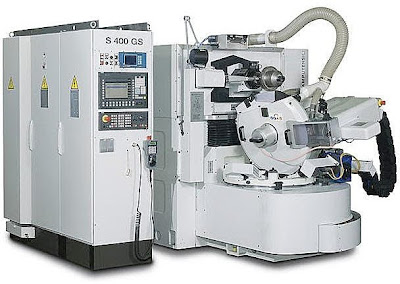