There’s a good discussion on the New York Times Motherlode Adopted children, by the numbers. Blogger Lisa Belkin sure does know how to piss off bastards! Some of our friends are posting including regular Bastardette commenters. I’ve posted twice so far. My last response, which I’m re-posting here, is in a reply to #14 PW:

Based upon their negative comments, I am curious if the adult adoptee commenters feel they would have been better off had they NOT being adopted?

Here’s what I said:

Whether someone feels if they’d been better off not being adopted isn’t the point.

What we are talking about here is the systematic, state-facilitated erasure of identity and history from the adopted and the continued discrimination adoptees are subjected to as a result. 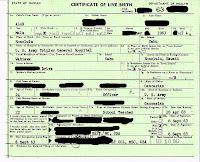 The adoptee is then issued a state-forged document which may or may not be accepted by other government and private entities as valid. Passports, drivers licenses , professional certifications, security clearances, and pensions are all based on proof of identity. In some instances, these entitlements (and more) are denied adopted persons. Passports seem to a growing issue, and I’m seeing more reports of other “entitlement” access problems, too. When REAL ID and similar laws come into effect, every adopted person in the US, unless she or he can prove who they are–a state-forged document doesn’t count–can be considered a security risk.

The bottom line is that adoptees are statute-created lab rats, the product of social engineering and eugenics, gone bad. Adoptees are subjected to government identity erasure, construction, and manipulation. It makes no difference if someone is in a “good adoption” or not. It’s about state control of our identities, history, relationships–and civil rights.

Posts are moderated, so be nice! 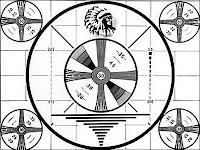 There’s also help needed on the Find My Family discussion board, especially this thread: Amended birth certificates are legalized, falsified documents. (I haven’t posted yet myself, but will. I tried the other night, but CBS flagged “Bastard Nation” as an offensive word). watched last night’s show. My only comment is: GAK! If you missed it you can watch it online.