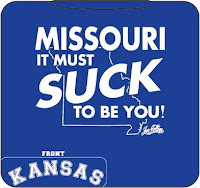 Last year the Missouri legislature passed a really bad law, (SB 351)  that permits a handful of adoptees to get their identifying information from the state if their  birthpparents give their consent or there is evidence that the birthparents are deceased.  Note that the OBC is not released; only identifying information vetted by a low-salaried apparatchiki.  This year SB 1137,  has been introduced, which contains the same rules only the OBC would be released upon proof of birthparental consent or death.  This is what passes for progress in the Show Me State, which takes its motto way too seriously..

Now, we have Senator John Lamping (R-Dist 24),  stirring this stink pot with.SB 713, designed to further ridiculiousize  the absurd legal condition of Missouri’s adopted class.  In the words of the Senate SB 713 Summary:

In other words, if you’re an old bastard with a walker and bedpan, Sen.Lamping considers you mature and safe enough for a birth certificate.  Polite words fail.

But it gets better! Doesn’t it always? 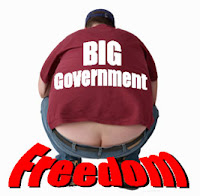 Missouri puts the loco in in loco parentis.

It seems that under SB 351  bio siblings of their own volition had the opportunity to identify,  meet up, and… GASP!… trade their parents names -without parental consent and government supervision.  Well, no more if Sen. Lamping has his way!

Or as an aide to Sen. Lampring  emailed to Missouri activist Carla McBrine who reposted on Bastard Nation’s Facebook page 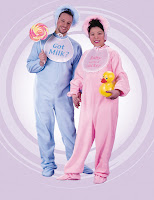 So now not only are adult adoptees perpetually infantilized in Missouri, but if Sen. Lamping has his way, their adult siblings  will be subject to relational micromanagement by the state, too, God forbid that Lorraine and Mike Lego chat it up with their long lost brother Jack Bastardo without their mutual parent(s) sitting in on it, metaphorically or otherwise.

I’m surprised Sen. Lamping hasn’t gone father and taken a page from the Dakotas.  In the late 1990s, a bill was floated in one of those states (I just can’t remember which one) to open OBCs However, one provision forbade a birthparent from giving out the name of the other birthparent to the adoptee without the other birthparent’s express consent. . Forbade it to the tune a $100,000 fine! Enforcement of that law would have been interesting.

HB 713 sounds like a holdover from the old Uniform Adoption Act of 1994 which would have, among other things, sealed OBCs for 99 years and criminalized searching, The proposal was opposed by everyone from Bastard Nation to JCICS and died a quiet death from attrition and ridicule, though some parts of it were adopted in a few states..  Even it’s chief author, Joan Hollinger, repudiated  the proposal..

Don’t Missouri politicians have something better to do than seal birth certificates and  micromanage adoptees and their families?.  Like shutting down meth labs?

The State of Missouri seems immune from  the slings and arrows of derision, embarrassment, and contempt.  I hate to go hyperbolic here, but in what sane world are families not allowed to know each other’s names?

In his legislative bio  Sen. Lamping says he wants to improve Missouri’s adoption process. Are SB 713, SB 351, and SB 1153 an improvements?