Get this straight. Washington HB 2211/Sub HB 2211 is not an adoptee rights bill.  It does not restore the right of Washington State’s Class Bastard to their original birth certificates.


HB 2211/Sub HB 2211 creates a new and unique tiered DV system that not only retains the current segregation of the adopted from the non-adopted, but creates two tiers of black-holed adoptees segregated from the non-vetoed adopted and from each other.


This miscreation of the bureaucratic mind  is supported by naive deformers who believe that something is better than nothing, even as they claim to abhor the something.

THE STORY
Earlier this session WA-Care  (and on Facebook) the latest iteration  Washington’s Gang that Couldn’t Shoot Straight, got  a bill,  HB 2211 introduced, that would  open  the original birth certificates of the state’s adoptees, except when it didn’t.  Promoted as an “adoptee rights bill” the proposal, sponsored by adoptee Rep. Tina Orwall, (D-DesMoines) would not only keep the current October 1, 1993 disclosure veto in place, but extend it backwards to blackhole  those adopted anytime in the past; thus, expanding the pool of those whose right to their OBC could be denied by third parties.  The “good”  news  was that current vetoes on file would be expired by the state on July 1, 2014–but could be re-filed along with new vetoes from the now included older class.Vetoes would need to be re-filed every two years. But here’s where it gets dodgy. According to WA-Care’s own webpage:


It’s important to note that in the 17+ years since this law went into effect, not one single birth parent has filed an affidavit of non-disclosure.


If this is true,  then Orwall and WA-Care are defending and promoting a law that nobody literally  wants or uses.   Why not just propose to repeal the 1993 veto and open OBSs for everybody else?  While it’s still a hard sell to open records retroactively, it’s  easier to do  if no DV statute mucks up the argument. Unless, that is, you”re more interested in personal reunion narratives than ethical reform and rights restoration.


To make matters more absurd, the HB 2211 also contains (and does in its amended version)   a “contact preference form.   There’s a good chance the DV could be jettisoned with a little finessing.  It happened in Oregon after M58 passed and also in Alabama when politicians threatened to interfere a clean laws. Unfortunately, by refusing to rock the boat,  Rep Orwall and Wa-Care endangers the right of all Washington adoptees–present,  past, and future–to obtain their OBCs, be treated equal to the not-adopted, and get justice.

One would think that this statistic would be the keystone of  any records access argument in Washington.  Incredibly, I’ve  not seen it mentioned anywhere outside of  Wa-Care’s obscure webpage.  Apparently Orwall,  either hasn’t been informed of this statistic (which I doubt), or suffers from Stockholm Syndrome and has no grasp of  adoptee civil rights or the politics of adoption.  Paraphrasing Orwall, Alexis Krell  writing in the Seattle Times says that that the representative sought  the veto compromise  as a “balance between preserving privacy and allowing adoptees to gain important records and medical information.”

Rep. Ann Rivers,(R-LaCenter) a member of the House Judiciary Committee, outed herself as a teenage birthmother during last month’s HB 2011 hearing. Tearfully making herself a spokesperson for women she doesn’t know but she imagines cower in secret closets throughout the state, Rivers demanded more protection for them and their “privacy.”  Alluding to the 2-year veto renewal,  she couldn’t “imagine ripping the wound open every two years,” as if adoptees are an unpleasant runny infection that needs covered up by an ugly scab in the Washington Revised Code.

Orwall  (who by this time was reportedly also crying, ) and Rivers put their heads together and came up with two amendments that created a two-tiered veto system binding adoptees (depending on their date of adoption) to 5 and 10 year vetoes.

Last Saturday (!) HB 2211–now officially known as Sub HB 2211— passed the House  unanimously and was handed over  to the Senate Human Services and Corrections Committee. (I’m rather fond of the adoptee as prisoner metaphor!)

Normally, I’d just link to Sub HB 2211 and let you  read it yourself, but you really need to see the final rendering of your rights by Washington politicians. Here are the important parts:


(4) (a) Regardless of when the adoption was finalized, a birth parent may file with the department of health an affidavit of nondisclosure pursuant to this section.


(b)  An affidavit of nondisclosure filed by a birth parents for an adoption finalized prior to October 1, 1993, is valid for ten years from the date the affidavit is filed.


NOTE:  what happens if one parent submits a veto, but the other parent wants the record released?.  Details! Details!


If one takes this last part to its reasonable conclusion, then vetoed adoptees could begin to  harbor bloody fantasies of dead  birthparents whom they,  previous to Sub HB 2211, had hoped to meet alive. Keep your axes locked upl You never know what one of those crazies will do to get their OBC.


We also wonder just what records the state busybody will employ to determine if the requested parent is dead or alive, and how the state can determine if the dead person is the correct person and not an identity thief. How many Mary Smiths is the State of Washington willing to investigate? Here in Ohio a few years ago a young man  registered with the state-run Ohio Adoption Reunion Registry, was told that a search through “death records” indicated his birthmother was still alive  She wasn’t.  She’d never changed her name and died in Ohio;  ie, she was in the Ohio Death Index and had been for years.

Yes, Alice, this is a very deep black rabbit hole Washington Class Bastard has been shoved in to.


And, what does Wa-Care have to say about all this?  Again, “in their own words” is much more satisfying than paraphrasing.  What follows is the group’s latest posting  (February 14) on Facebook:

Hello- HB 2211 has now been moved to the Senate to begin the rounds there. The first stop is the Senate Human Services & Corrections committee. If they do decide to allow a hearing, it will most likely be scheduled for either this week or next week.


Now is a good time to contact the members of the Senate Human Services & Corrections committee (and your own state senator to ask them to vote YES on HB 2211. This is a good opportunity to ask for any amendments (ie, ‘contact preference form’ that’s been so successful in Oregon, Alabama, Maine, and New Hampshire or at least to decrease the length of the 10 yr veto.)


For those that have commented previously that are against this legislation, please know that you have been heard. Wa-Care doesn’t have the power to stop this bill so if you have issues with this bill, your best bet is to contact your legislators and let them know your concerns.

We understand that control of a bill is not always possible, but why is Wa-Care, which seems to be full of nice, sincere people,  supporting a bad bill they don’t want and has the opposite affect of their intention?  Some people take the axiom that politics is the art of compromise a bit too far. There is no shame in walking away. 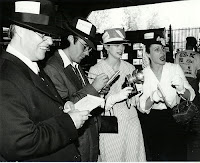 THE PRESS
The incurious Washington media, mainly through the AP wire,  has begun to compare  Sub HB 2211 with Oregon’s historic Ballot Measure 58  which opened the OBCs of all  adoptees born in the state, without restriction or  condition–   the antithesis of the Washington bill,   It has also failed to mention that for the last 17 years no DV has been submitted by parents who are well-aware that they could file one. Reading the news is like reading a Tina Orwall press release.


The Bellhingham Herald,  King5.com and others
The bill would place Washington among a handful of states, including Oregon, that allow adult adoptees to access their birth certificates.

The Seattle Times  and others don’t  explain the difference between a DV and a cpf:
Some people would prefer a completely open system such as in Oregon, where adoptees can obtain their original birth documents. Birthparents are allowed to attach a form stating whether they wish to be contacted.

ACT
It’s unclear if Sub HB 2211 will receive a hearing in the Senate.  James Hargrove, head of the Senate Human Services and Corrections Committee is a long-time opponent of OBC access. The original HB 2211 companion bill, SB 6233 did not receive a committee hearing and is dead.


In the meantime, Bastard Nation has drafted testimony to submit to Hargrove’s committee.  We probably won’t post it until the bill receives a hearing or dies without one. You can read our similar testimony for  the original HB 2211 here and here. We ourselves were guilty of failing to bring up the 0 number of 1993 vetoes (mea culpa!) but will include this information in new testimony. We’ll add here that the first batch of 1993 adoptees has begun to receive their OBCs.  In December 2011, the Tacoma News-Tribune reported that nine had applied.


Please join us in opposing Sub HB 2211.  I spoke to Josh Platis, an aide in the committee office. He told me the best thing to do is to write a letter/testimony and send it to each member of the committee and also to him at [email protected]leg.wa,gov  He will make sure members receive a copy in the Sub HB 2211 packet.  Below is a contact list. Even a 2-3 sentence email is good.