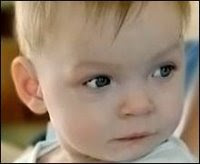 NOTE: Go to Nikto Ne Zabyt for a dedicated page of all my entries on Russian adoption. This collection includes posts on all known Russian adoptees who have been killed by their US “forever famlies” as well as the case of Masha Allen. For those interested strictly on Dmitry Yakolev/Chase Harrison go to Nikto Ne Zabyt’s, “labels” in the right sidebar and click on “Dmitry Yakolev” or “Chase Harrison.” The same articles are archived under both names Also, for international readers, at the top of that page has a link to the Reverso translator.

I have seen no direct online confirmation from the Ministry of Education and Science of the Russian Federation, but according to reports from the English language editions of RIA Novistii and Interfax, the Russian government may toughen its adoption rules for the US in the wake of the acquittal of Miles Harrison. Harrison was found not guilty of involuntary manslaughter yesterday in the death of Dmitry Yakolev, whom Harrison and his wife Carol were adopting. Last July, Dima died of heat-related injuries after being left strapped in his car seat for 9 hours in Harrison’s SUV while Harrison worked. Harrison claimed he “forgot”to drop the boy off at daycare and “didn’t know” he was in the car. How Harrison, “didn’t know” Dima was in the SUV when he put him in the vehicle to take him to daycare is tricky legal semantics left for another discussion.

“We are outraged by the court ruling and believe it to be totally unjust and unacceptable,” Alina Levitskaya (right) was quoted by the Education and Science Ministry as saying. “It questions the reliability of the U.S. system of protection of adopted children’s rights, and will lead to tougher requirements for U.S. nationals in Russia.”

I have no idea what Levitskaya means in the last sentence. Harrison cannot be retried on charges of involuntary manslaughter. Lawyers reading this can clarify, but I believe that other charges, which should have been filed initially as lesser included charges with the involuntary manslaughter charge, could be filed now. For reasons I’ll discuss in a later entry, I don’t believe that will happen.

The Ministry of Education and Science so far remains silent on what these toughened requirements might be except for increased post-placement monitoring of Russian children and their adoptive families.

Toughening of any kind, post-placement or otherwise, will take place in a maelstrom of ugly protest, finangling, and pressure from adoption agency trade organizations such as the National Council for Adoption, the Joint Council, adoption lawyers and Quad A, adopters, potential adoptive parents (paps) , and the State Department. On the other side we’ll get the same from Russian nationalists, child welfare advocates, various Russian ministries, and the Russian public at large who are seriously stirred up at the Harrison verdict. Change won’t happen next week, but I can already hear the cry: “The Russians are holding my child hostage!”

In 2007, the US and Russia agreed to tougher post-placement requirements that mandate periodic checks on children placed in the US.

According to the US State Department:

What does Russia require of the adoptive parents after the adoption?

Adopted Russian children must be registered with the Government of Russia either by registering with the Ministry of Foreign Affairs (MFA) before they leave the country or by working with their adoption agency to register their adopted children with the G.O.R. when they return to the U.S. If registering prior to departing Russia. U.S. citizen families should do this after an adopted child has received an immigrant visa to the United States.

We strongly urge you to comply with the wish of Russia and complete all post-adoption requirements in a timely manner. Your adoption agency may be able to help you with this process. Your cooperation will contribute to that country’s history of positive experiences with American parents.

Clearly, there are no teeth in this requirement. The Russian government won’t and can’t re-take custody of children whose adopters refuse to comply with the rules–even when those rules are written into individual valid adoption contracts. US and state governments have no interest or legal right to disrupt adoptions over post-placement non-compliance.

The onus of compliance falls , then, on adoption agencies to squeeze their non-compliant clients to act in “the best interest of the child” which really means the best interest of the agencies and the best interests of the agencies’ meal tickets, adopters and paps, who will be cut out if enough of XYZ Agency’s clients tell the Russians to bugger off. The chances of an agency filing a civil claim over contractual non-compliance is nil. Of course, if the non-compliant have another bun in the agency oven, the agency can turn around and use its tried and true methods of threats and blackmail to go compliant. (see Beware BBAS for a rundown on those practices.)

Also important to know is that Russian follow-up procedures and records are in great disarray, so in the end not much of anybody actually knows what’s going on. 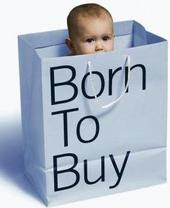 Adoption Today spoke with several groups in the adoption community from national umbrella organizations to adoption agencies to adoptive parents. While Americans can be so compassionate in adopting children, once they are home many speak of a change of attitude that reflect the American sense of freedom and individual rights. Several in the field suggested to Adoption Today that new laws in Russia have as much to do with the problem of post-placement reports as anything else.

One described it as “The arrogant American attitude that no government agency is going to tell me how to raise my children.” Another put it even more bluntly, “Yes there will be no government agency that will come and take your child away for not filing a post-placement report, but you will be responsible for causing many other children to lose their chance of being adopted.”

Yet another said, “It’s almost a cavalier attitude, that I’m an American and no foreign country is going to tell me what to do.

Some time ago I heard rumblings that the Russian government was considering upping post-placement investigations until the child is 18. I like this idea and believe that Russia and other countries should mandate continuous post-placement in US placements. You can imagine the uproar on the US side if American children were being placed and killed in Russia. As long as the US adoption industry plays, it oughtta pay. But that will be a tough plane to fly.

While expanded post-placement investigations are a good idea, the Russian government first needs to take a closer look at US agencies working in their own country. The US State Department posts a list of all Hague accredited agencies on its Intercountry Adoption page, but the Russian Federation itself approves US agencies on that list to work within its borders. Some of the Hague accredited agencies on the State Department list are quite horrifying to those of us in the trenches. Also noteworthy, unlike most other Hague signatories whose rules and regulations are about ethical practice, “child’s best interest,” and identity rights, US regs [pdf] (go to Vol 71, No. 31, and type in “Hague”) are mostly about who cuts up the fat accreditation money pie, how agencies can cover their ass, and Homeland Security confiscation of international adoptee records and identity. “Best interest” recommendations to reg writers by numerous agencies, organizations (including Bastard Nation) and individuals were ignored. 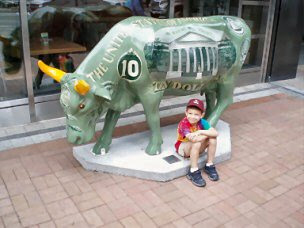 I’d like to see The Ministry of Education and Science and any other Russian ministry involved in adoption as well as US investigatory agencies re-investigate immediately, the money-grubbing Margaret Cole-Hughes and her European Adoption Consultants, the agency that placed Dima with the Harrisons for, according to Carol Harrison, a whopping $70-$80,000. See my entries here (the most important), here and here for other EAC comments. EAC got off the hook after the Dima’s death, but there’s no reason it should stay off. (Note to Levitskaya: check greasy palms).

(For more on EAC click on “European Adoption Consultants” in the “labels’ sidebar right at Nikto Ne Zabyt.)

EAC also placed Logan Higanbotham (scroll down) who ended up dead when her forever mother Laura Hitganbotham “accidently” cracked open the baby’s skull on a bedroom wall. Higanbotham did 1 year on involuntary manslaughter charges. She divorced, remarried, and now has a biological daughter. Another adopted Russian daughter continues to live with her.

The Yakolev/Harrison case is tragic. I want to make it clear that I do not put Dima’s death in the same category as the cases of Russian adoptees who have been molested, tortured, and murdered by their forever families. Yet Dima, who died in part, because of the wacky American consumer lifestyle, deserves justice, which has not been served him. Privileged workaholic exburanites do not always good parents make, even with their open checkbooks. ( see No Justice for Dmitry for the justice discussion.)

I am pessimistic about dismantling much of the current adoption machine. Unfortunately, the right to someone else’s child has become part of the American psyche. The first step in getting a modicum of justice for the adopted of any age and their families–especially those who have been egregiously harmed– is to acknowledge that adoption practice in the US is driven by money, greed, and the commodification of children for profit. Certainly there are children in need of adoptive homes, but at what price to them and the rest of us? Only when and if that question wheedles its way into the American psyche might things begin to change.