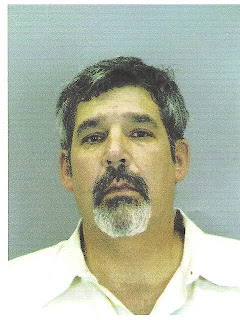 NOTE: Go to Nikto Ne Zabyt for a dedicated page of all my entries on Russian adoption. This collection includes posts on all known Russian adoptees who have been killed by their US “forever families” as well as the case of Masha Allen. For those interested strictly on Dmitry Yakolev/Chase Harrison go to Nikto Ne Zabyt’s, “labels” in the right sidebar and click on “Dmitry Yakolev” or “Chase Harrison.” The same articles are archived under both names Also, for international readers, at the top of that page has a link to the Reverso translator.

Over the last couple days some commenters have observed that the Yakolev/Harrison case is not so much about adoption, but a sad commentary on American life: that a child, adopted or not, can be forgotten in a hot car and die, while parents go about their hectic lives forgetting what they did with him or her. In a general sense, I don’t disagree with this. The dead baby in the hot/cold car is largely an American phenomenon. In fact, I wrote in my previous blog:

Yet Dima, who died in part, because of the wacky American consumer lifestyle, deserves justice, which has not been served him. Privileged workaholic exburanites do not always good parents make, even with their open checkbooks.

Russia, however, doesn’t view Dima’s death as an American lifestyle dysfunction. The verdict is viewed instead as an American adoption dysfunction and a miscarriage of justice that calls into question the status and rights of adopted children–Russian citizens– in the US. For some, the argument extends to all children adopted and living in the US.

Earlier today I wrote about the Russian reaction and one implication to the verdict–a toughened post-placement policy for US adopters. But things have heated up considerably since this afternoon. Ministries and the Russian press have ramped up the attack I suggest you go to my previous blog as background and then come back here.

Here is the update.

It is an open secret that US courts often use exemption law in their practice. This is exactly the reason why Miles Harrison avoided a prison term. The Supreme Court of the State of Virginia ruled in 1930 that a person, who incidentally murders another person, even if he or she can be accused of negligence, shall not be considered a criminal if his or her negligence is not the consequence of complete disdain for human life…

We suggest the US authorities should appeal against the blatant ruling, which relieves the murderer of the juvenile Russian citizen of responsibility. The unfair verdict must be revised…

We do not understand, what was guiding the judge when he found no formal element of a crime in the actions of the adoptive father and relived him of punishment. We know how strict US laws are when it comes to the protection of children’s rights. In this case, however, we do not understand the gentleness, which the judge showed to the man, who had left the little boy locked up in his car to die a terrible death in sweltering summer heat.

Stronger criticism comes from the Russian Foreign Ministry. The complete statement does not appear yet on the Foreign Ministry English-language webpage, but excerpts were quoted in today’s Loudoun (Virgina) Times which went online tonight: Not guilty verdict of Purcellville man could become international incident

The child, originally named Dmitry Yakolev and later re-named Chase Harrison, was adopted from Russia at a cost to the Harrisons of about $80,000. At the time of his death the toddler was still a Russian citizen, according to the Russian Embassy.

“He would have remained a Russian citizen until he reached legal age, at which time he could renounce his citizenship if he chose,” said Yevgeniiy Khorishko, press secretary for the Russian Embassy in Washington, DC. “It is just awful that the person who killed this child has been pardoned,” Khorishko added.

On Dec. 18, Russia’s Foreign Ministry condemned Harrison’s acquittal in an official statement, “We are deeply angered by the verdict of the Fairfax County Court in Virginia. We consider it to be repulsive and unprecedented, even if in this case–unlike in others–it was criminal negligence thqt led to a tragic outcome, rather than deliberate ill-treatment. The decision of the judge, who did not see the crime in Harrison’s actions and released him without penalty, goes beyond any legal and moral framework,” it stated. 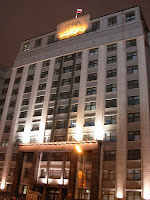 And here is a report from The Moscow Times, December 19, 2008: Tough new rules for adoptive US parents featuring Alina Levitskaya from the Ministry of Education and Science and State Duma Speaker Boris Gryzlov:

Russia tightened controls over adoptions a few years ago after several children died at the hands of U.S. parents, and Wednesday’s acquittal will lead to a further clampdown, said Alina Levitskaya, head of the Education and Science Ministry’s child welfare department. The verdict “casts doubts” on adopted children’s rights in the United States and “will lead to a tightening of requirements for the adoption of Russian children by U.S. citizens,” Levitskaya said in a statement on the ministry’s web site…

State Duma Speaker Boris Gryzlov said he was “disturbed” by the verdict and that Russia should do everything in its power to make adoption a more attractive option for Russian families. “We need Russian children to stay in Russia,” Gryzlov told Interfax. 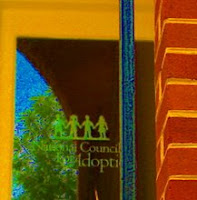 The Harrison verdict is intimately linked to adoption.
Tonight NCFA tried out some damage control: National Council for adoption calls for calm and rational response to Harrison verdict. Acting NCFA president Chuck Johnson acknowledges that it may be difficult to “accept the verdict as appropriate and just,”

NCFA encourages a calm and rational response to the verdict, and hopes that the Russian government will continue to work with the United States government and the American adoption community to keep the adoption process between Russia and the United States transparent, safe and successful for the benefit of thousands of Russian-born children. Those who would suffer most from a disruption of Russian adoptions are the thousands of innocent orphans who otherwise would have been adopted into loving American homes.

In other words, things don’t look too good! Don’t call us; we’ll call you!

Let me assure the international community that adoptive parents in the United States have the same responsibilities to their adopted children as do biological parents to their biological children.

Dima’s death is about adoption, though Americans, too close to the issue, don’t see it.
The acquittal is fast becoming a cause celebre. Since yesterday’s verdict I’ve received hundreds of hits on both The Daily Bastardette and Nikko Ne Zabyt. Many of them from Russia (St. Petersburg, Moscow, Tula, Smolensk, Kazan, Krasnodar, Novosibirsk, Spasskova, Tyumen, Yekaterinburg,), Ukraine (Lviv, Kiev, Kharkov ,Krivoy Rog, Simferopol), Lithuania, Estonia, Latvia, Israel, Hungary, Denmark, and Slovenia. I’ve had over 200 hits from a Russian discussion group on Live Journal. My next project is to try to translate the discussion.

ADDENDA: December 21, 2008, 1:55 PM: I learned as per the comment below that the discussion group which I referred to is actually the blog of Russia’s most famous science fiction writer Sergey Lukyanenko, and that he has been writing about the case. I hope this blog and the same entries which appear on Nikto Ne Zabyt have been helpful to him and his readers. I’m honored! Thanks.