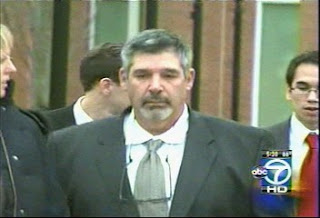 NOTE: Go to Nikto Ne Zabyt for a dedicated page of all my entries on Russian adoption. This collection includes posts on all known Russian adoptees who have been killed by their US “forever famlies” as well as the case of Masha Allen. For those interested strictly on Dmitry Yakolev/Chase Harrison go to Nikto Ne Zabyt’s, “labels” in the right sidebar and click on “Dmitry Yakolev” or “Chase Harrison.” The same articles are archived under both names Also, for international readers, at the top of that page has a link to the Reverso

This morning Miles Harrison was acquitted on charges of involuntary manslaughter in the death of his adopted 21 month old son Dmitry Yakolev/Chase Harrison. The baby died July 8 when he was left strapped in a car seat for 9 hours in 90+ degree heat while Harrison worked in his office just yards away.

Miles Harrison, 49, collapsed to his knees moments after Fairfax Circuit Court Judge R. Terrence Ney declared that Harrison’s conduct did not meet the legal standard for manslaughter. Ney noted that Harrison was, prior to July 8, an unquestionably devoted father to Chase Harrison, the 21-month-old Russian boy he and his wife had been adopted just three months earlier.

“The only true atonement here can only take place within his heart and soul,” Ney said, “and he’s very fortunate that he’s been supported by such a strong and loving family, friends, co-workers and neighbors.”

Judge Ney added that “no prison term is going to cause more pain than that which he has already suffered.”

Prosecutors like to pile on charges to at least get a conviction for something. I’m wondering why this prosecutor put all the eggs in the basket and didn’t go for lesser included charges such as child endangerment. I’ll go back and see if I have anything on file to indicate that other charges were filed, but I don’t believe they were.

I will be adding comments to this entry as the day goes on, but I wanted to get it out now.

People have been convicted and sentenced to hard time for a lot less than this. 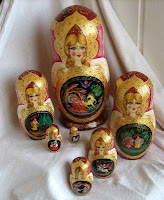 December 17, 2008, 2:26 PM: Washington Fox News. Go to the “video” sidebar to the right bottom of the story. You may have to go through another story before you get to live report.

December 17, 2008, 2:41 PM.: Here is a piece from National Public Radio on the current state of adoption in Russia both international and domestic. Excerpt: But while Russia remains a leading source for foreign adoptions, Russian authorities are no longer so willing to send their children out of the country. Only about 1,800 Russian children were adopted by Americans this year — down from a high of almost 6,000 in 2004.

December 17, 2008, 4:32 PM: This is an article from the Dec. 14 Washington Examiner which I didn’t see until this afternoon. It describes some of the testimony that has not been covered in other media.