I didn’t plan to post anymore on Team Silsby tonight, but then I got a couple news stories that just struck me as…well, you’ll see.

Felicia Middlebrooks from WBBM-AM Chicago is in Haiti and tracked down Laura Silsby and Charisa Coulter in their inconvenient jail cell. Go here and listen to it. Much of Middlebrook’s report is her own complaints about the conditions. Holy Jorge Puello! There’s no air conditioning…and..and…and….it’s 90 degrees…and…and…and… there’s no eletricity…and…and…and…there’s no plumbing or at least the kind American ladies and gentlemen use willingly.

Middlebrooks fails to mention that Team Silsby has a roof over its head, unlike hundreds of thousands of Haitians living in tents and streets. They have real homes to return to when they get out, even if Silsbuy’s been foreclosed. Homes with air conditioning, electricity and plumbing 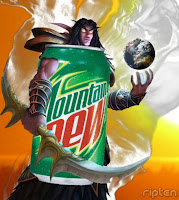 Then there’s Drew Culberth, the Kansas firefighter and youth minister who got roped into child snatching by his brother-in-law Eastside Baptist Church pastor Paul Thompson who got roped into child snatching by Central Baptist Church patron Laura Silsby. Seems Drew, Pastor Thompson, and detainees Silas Thompson and Steve McMullin had a little party at the Bethany Baptist Church in Topeka before the latter three headed back home to Twin Falls, Idaho. The party was reported by their lawyer and hatchling right wing pol, Caleb Stegall who tells us:

they feasted on pizza and Mountain Dew, reconnecting and sharing stories as Drew Culberth’s four children ran through the halls, happy and excited to be reunited with their dad.

4 Replies to “RUNNING ON EMPTY: TWO SNIPS FROM THE LIVES OF TEAM SILSBY DETAINEES”