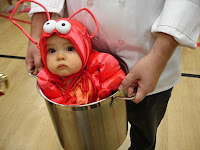 Nebraska has its first catch of the season!

Last Wednesday a perfectly safe, healthy, and possibly identified newborn was saved from the jaws of the trash compactor when she was dumped off “anonymously” at the Regional West Medical Center in Scottsbluff. According to news reports, two women (KNEB says they were “a young girl and an older woman’) dropped off the infant at the ER counter. The women according to reports, spoke briefly to the admissions clerk “but gave little information.” But maybe enough:

[Police Capt. Kevin] Spencer said police were checking on the welfare of the mother, who was believed not to have received medical care after giving birth. Criminal charges were not being considered against the woman, who probably gave birth at home.

Helser says the mother and father of the child, and the baby’s exact birth date, is unknown. Scottsbluff Police, worried about the welfare of the mother, have encouraged the public to provide information to help locate her. Police don’t believe she received any medical care while delivering the child.

Over on Nebraska Television, Beth Baxter, from the Orwellian-sounding Region 3 Behavioral Health Services, sort of tsks tsks Nebraska’s “safe haven” law (but not enough to offend her corporate state superiors), saying that legalized anonymous dumping is “usually never the families (sic) first choice.” even if the state advertises it as the “loving option” for parents frothing with murderous intent. Then, she skips to pimping Nebraska’s new Boystown-operated Family Help Line “manned by professionals who can listen to the stories of the family and then refer them at the local level, so they can get the types of services and support they need.” 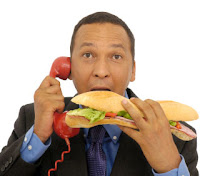 You know. The same kind of “professionals” who advised parents and guardians to “legally abandon” their Big Kids during 2008’s Nebraska Fiasco. In fact, for all we know, one of these “professionals” told mom and grandma, in appropriately and bureaucratically soothing tones, to drop off their ‘lil dumpling at Regional West. It’s our little state secret

All news reports mention Nebraska’s “first” (and only) catch last year under NuSaveHaven (SafeHaven .2), but fail to include that Baby Boy Ana’s family retrieved him almost immediately from the no-shame-no-blame-no name-fast-track-anonymous-and-secret adoption spammer. We hope Baby Girl Regional West’s mom does the same. But please, leave identity-erasing, irresponsible grandma back on the corn farm when you do it.

In the past, Nebraska DHHS has sent out press releases on “safe havenings,” but there’s none on this one yet.

Go to Children of the Corn for a complete set of Nebraska Fiasco blogs by Baby Love Child and me with resources. I need to rework the stats, but everything else should be OK. 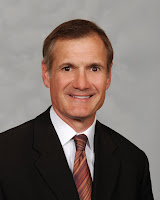 I think that speaks very well about Nebraskans and the attitude the rest of the country has about Nebraskans. I think it’s lost in this dialogue. I also think it speaks to our Midwest values. We have a focus on children and finds ways to provide those services to children.

Gloor has a great future as Laura Silsby’s speechwriter.