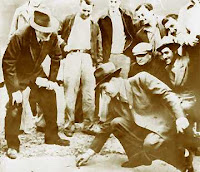 Bastardette is well into Week 2 of bronchitis. Since I don’t do doctors, I’m toughing it out. I’m getting better, but I just don’t feel like doing much. I have several blogs in the oven, and need to bake them up.

In the meantime, I’m passing on an entry I read last night, Secrets, Lies, and Family Ties from Always Musing, which interestingly, is not an adoption blog. Blogger Cathy Voisard and I are members of She Writes, a social network for women writers you might want to check out if you’re serious about your writing.

Cathy’s story is a twisted version of the LDA narrative. She and her older sister were reared to believe that their biological brother was their uncle, but that’s just the tip.

Here’s how her story begins

I didn’t know I had a brother until I was thirteen years old.

It wasn’t like my brother was some alien kin who had been shipped off to adoptive parents for financial or other reasons; some stranger that I never knew. I grew up with my brother. I had lived with him in the same house until I was 6, which, at the age of 13, was about half of my life. And when my mother remarried and we no longer shared a home with him, he was still my constant companion.

They just lied about his identity.

See, her brother/uncle had been conceived by their parents before Cathy’s birth, for the sole purpose of being adopted by Cathy’s maternal grandmother and her new 20-years younger studly husband. (Grandma’s first choice was Cathy’s sister, but her parents refused to give her up!) It’s headache inducing for sure, but there’s more 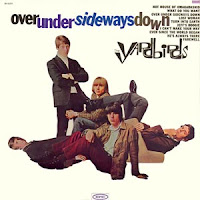 Cathy’s father, as the upshot of the surrogacy left his family before Cathy was born. (While family abandonment should never be encouraged, we can’t blame him for running away from this naggy family dynamic.)

Cathy’s brother/uncle, though he knew he was adopted (but only by accident), had no idea that his adoptive mother was really his bio grandmother, his adoptive sister was really his bio mother, and his adopitve nieces were really his bio sisters until he was an adult. Of course, Cathy and her sister, after they learned about this convoluted mess, were vowed to silence by their mother. As you can imagine, the brother/uncle was not happy when he learned his entire life was a lie perpetrated by people who are supposed to love him (though Cathy doesn’t say it that way).

Near the end of her entry Cathy writes:

My brother used to laugh easily; his eyes crinkling in an adorable way that always made me smile. But after he learned the truth, I never saw him laugh as easily again. Certainly he still teases, and still makes jokes. But I can always see the shadow in his eyes; a darkness and melancholy that first appeared the evening he learned the truth.

No matter how often I hear these over-under-sideways-down stories, I cannot get accustomed to how easily adults and their state-actors dismiss the result of their secret, identity stripping its-all-about-me social engineering schemes. Those end results–us–are the ultimate abstraction of their “reproductive ” therapy.

If it feels good, so it!

Sidenote: We also thrilled to Cathy’s account her 13-year old self making contact with her missing father.