Some of you may have read about “Baby Evelyn.” Many of you probably haven’t. MSM, except for the Akron Beacon Journal* has been curiously quiet about the adoption story that has the potential to become the next DeBoers case; the next Baby Richard case. The story of Evelyn Bennett is saddening and maddening. It is bad. But it’s badder for me personally because it’s happening in my home town, Canton, Ohio.

You’ll be hearing more about the case in the next day or so, but in the meantime, here’s the nutshell:

When Evelyn Bennett was 5 months old, her mother Stephanie Bennett signed adoption surrender documents during the second meeting with a representative of the Akron-based A Child’s Waiting counselor at Glen Oak High School where she was a student. Stephanie, 17 at the time, says she was advised by the adoption agency representative to run away from home and sign documents in another county because it would be easier to sign the paperwork out of sight of her parents. She received no viable counseling. Stephanie had been introduced to an agency representative the day before by David Saltsman, a guidance Ranza and Judy Bennett, who were providing care for Evelyn while Stephanie attended school, were unaware that Evelyn had been turned over to A Child’s Waiting until the deal was done. In fact, when they went missing, the Bennetts called the police. Within hours of the signing, Stephanie regretted her decision. 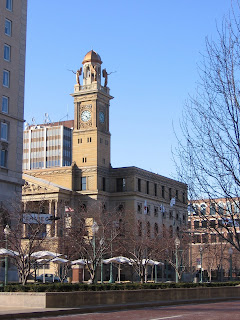 Stephanie Bennett’s parents went to court in Stark County and were awarded temporary custody of their grandchild, Evelyn. When the couple went to the agency with a police escort to take custody, the agency refused to return the baby or even say where she was located. Stephanie and her parents brought separate suits in Stark and Summit Counties to regain custody. On February 2, 2007 the Stark County Family Court dismissed Ranza and Judy’s suit saying that Stephanie had signed surrender papers “knowingly and voluntarily.” Stephanie’s suit in Summit County is pending.

On Sunday, April 15, Stephanie and her mother Judy will appear in a live stream broadcast of The Adoption Show hosted Michelle Edmonds. Afterward, the show will be available online for download. According to a press release, “the interview will break the codes of silence and gag orders imposed upon the family, while showing that this story is more tragic than even previously known.”

Following the broadcast Origins USA will sponsor a Blogger Blitz to send Evelyn Home. AdoptaBloggers all over North America (and hopefully the world), will blog to increase media and public awareness of the tactics used to obtain Evelyn and to gain support for her return. Bloggers will write about the case from their own perspective. No specific adoption ideology is required (my dust-up last year with OUSA is well-known) to join The Blitz–only a desire to expose and overturn a grave injustice and to see Evelyn back where she belongs. If you’re not a blogger but would like to get the media involved–especially if you live in Ohio–contact your local newspaper and ask them to assign a reporter to the story.

Bastardette is happy to be a part of this unprecedented AdoptaBlogger event: the Blogger Blitz to return Evelyn Bennett to her mother and family. I hope you will join me.

For more information go to Origins USA . If you want to blog for Evelyn and Stephanie, contact and other information on how to do it will be there.

*The article is no longer online at the Beacon Journal, but after I posted this originally I found a copy of it here.

8 Replies to “PRELUDE: BLOGGER BLITZ FOR EVELYN AND STEPHANIE BENNETT”