Friday, the long-waited Dignitas personae (The dignity of a person), was released by the Vatican’s Congregation for the Doctrine of the Faith with the approval of Pope Benedict XVI. You can read the whole paper here.

Here is what Dignitas personae says about our frozen brethern:

With regard to the large number of frozen embryos already in existence the question becomes: what to do with them? All the answers that have been proposed (use the embryos for research or for the treatment of disease; thaw them without reactivating them and use them for research, as if they were normal cadavers; put them at the disposal of infertile couples as a “treatment for infertility”; allow a form of “prenatal adoption”) present real problems of various kinds. It needs to be recognized “that the thousands of abandoned embryos represent a situation of injustice which in fact cannot be resolved. Therefore, John Paul II made an “appeal to the conscience of the world’s scientific authorities and in particular to doctors, that the production of human embryos be halted, taking into account that there seems to be no morally licit solution regarding the human destiny of the thousands and thousands of ‘frozen’ embryos which are and remain the subjects of essentia.

How this sets with James Dobson and the Snowflake Flakes we don’t know. But then they tend to be Protestant commercial travelers, uninterested in the finer points of Catholic moral theology unless it can pour product into their own snake oil bottles and taxfree bank accounts. I haven’t seen any statements from them yet, but go here and here for earlier Focus on the Family embryo pimping. Better yet just google “James Dobson” and “embryo adoption” for 3750 hits. “Christian” and “embryo adoption” will get you 24,300.

I haven’t been able to find any statements from the National Right to Life Committee on embryo adoption, either, though affiliates promote it.

On frozen embryo adoption Judie Brown, president of American Life League, says there is nothing morally wrong with adopting a frozen human embryo. Currently there is debate within the Catholic Church about whether it is morally right to adopt a baby when he or she is still an embryo. Some Catholic theologians encourage the practice, while others call it a violation of the principle that procreation should occur naturally.

Judie Brown notes that the Catholic Church has not taken an official position — but she says it should. “Whether you’re talking about rape or in vitro fertilization, you’re talking about an act that the Church defines as mortally sinful, but the Church does not define the baby as mortally sinful — in fact, the baby was created by God. The crux of the matter is that without God, there would be no baby — period. “Whether we’re talking about a baby conceived by rape or whetheer we’re talking about a baby conceived in a test tube, there would be no human being there if God did not touch that human being and create that human being — and I can’t see that there’s anything immoral about adopting a frozen embryo.esterd

“While it is heartbreaking to realize the truth of this statement [on embryo adoption], it is yet another reason why American Life League will work with diligence to assure personhood for these and all innocent human beings.

Sounds pretty evasive and not too happy to me. Perhaps someone more familiar with Mrs. Brown’s embryo ideology can help me out here. For now it looks like Judie can go back to helping women choose the “perfect mate” by taking away their birth control pills. 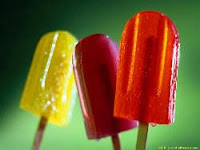 Of course, the pioneer embryo pimp is National Council for Adoption agency member Nightlight Christian Adoption. To be honest, when Nightlight was accepted at NCFA I was a bit surprised. Dr. Pierce was a long time foe of embryo adoption, and the agency would have fallen under his heavy boot if it had attempted to enter the sanctum sanctorium in DuPont Circle. But this is Alexandria and NFCA is not Our Bill’s NCFA anymore.

During one of our lunches, Dr. Pierce surprised me when the discussion turned to frozen embryo adoption. (Don’t’ ask me why. I don’t exactly remember, but I think I was trying to trap him into some despicable statement to spread around later.) He told me thaw ’em out, have a nice funeral for ’em, and bury ’em.

The same thing the Vatican now says, though not as eloquently as Dr. Adoption.

UPDATE: Focus on the Family did make a statement. They are thrilled with Dignitis personae, but in their thrilldom FOF failed to mention embryo adoption.