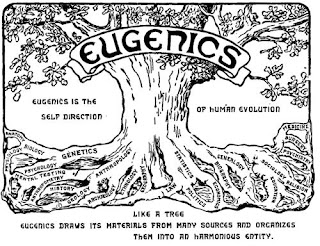 If James Dobson and NCFA confused you the other day, then the latest American Life League Report’s, “Pill Goggles,” will send you straight into full-blown dementia.

According to ALL “reporter” Michael Hitchborn, oral contraceptives can “disrupt a woman’s natural abilities to select the perfect mate.” At first I thought this meant that use of “The Pill” (whackjobs love archaic terms) just encourages women to hook up with any appetizing stray male she encounters in a public bathroom without much chance of a Baby Bumble popping out 9 months later. Of course, that’s not what Mr. Hitchborn is scolding us about–at least not in this segment.

It’s deeper than that. It’s genes.

If that doesn’t work, click here for the fun.

Hitchborn explains that a new study, out of the University of Liverpool on histocompatabity complex (HMC), something that enables “opposites to attract” through “subtle smells” suggests that “The Pill” can alter the female olfactory sense causing women to be attracted to men with non-complimentary HMC genes. That is, women on “The Pill” seek out genetically compatible men, not their genetic desirable opposites. This unfortunate mismatch made under the heady influence of “The Pill” inhibits the creation of babies with stronger immune systems and can lead to miscarriage, infertility… and the breakdown of relationships when women go off The Pill and come to their senses about Mr. Wonderful.

With a straight face, Hitchborn informs us that the Liverpool study was performed on about 100 women who sniffed the unwashed t-shirts of 100 men. At least American taxpayers weren’t dunned for this fetish study.

As if women really needed any other reason to stay as far away from the pill as possible, not only does The Pill kill babies and cause serious health problems, it could doom relationships as well.

American Life League founder Judie Brown has spent nearly 40 years on a perpetual road trip to ban contraception in the US. (She has 3 children.) Margaret Sanger and Planned Parenthood are the dirt beneath her tires. Go here to read “Who Was Margaret Sanger.” Go here to read the ALL/STOPP (Stop Planned Parenthood, a subsidiary of ALL) plan to run Planned Parenthood out of your town and contraception out of your body. Mrs. Brown’s diatribes are many. Some of the wackier ones against lesbians and The Little Mermaid were shot into the ether years ago. My current favorite Brown-o-Gram is Contraception is Not the Answer where she blames the “destruction” of the American family on birth control, henpecked men, and The Simpsons.
ALL subscribes to , among other things, Pope John Paul II’s ideas on “sexual communion” and its evil twin, “sexual degradation” via unnatural family planning found in his Familiaris Consortio, a tome that could only be written by a man who either never progressed beyond Robert of Arbrissel or never got laid (or is too old to remember it).

We recognize that the practice of contraception violates the principles of Natural Law which are understandable by the use of reason alone. We endorse the consistent Catholic teachings on this subject and specifically cite Pope John Paul II’s definition of these differences in (Section 32):

When couples, by means of recourse to contraception, separate these two meanings [the unitive and procreative purposes of the marriage act] that God the creator has inscribed in the being of man and woman and in the dynamism of their sexual communion, they act as “arbiters” of the divine plan and they “manipulate” and degrade human sexuality and with it themselves and their married partner by altering its value of “total” self-giving. Thus the innate language that expresses the total reciprocal self-giving of husband and wife is overlaid, through contraception, by an objectively contradictory language, namely, that of not giving oneself totally to the other. This leads not only to a positive refusal to be open to life, but also to a falsification of the inner truth of conjugal love, which is called upon to give itself in personal totality.

In 1996, as part of its mission to restore prudery and sexual order to the continental United States, The American Life League teamed up with the American Center for Law and Justice, the National Council for Adoption, The Tennessee Eagle Forum, the Christian Coalition of Tennessee, the Family Research Council and other bastard-hating diseputables, as a Doe v Sundquist amicus, in the unsuccessful attempt to overturn Tennessee’s semi-open records law. Regrettably, I don’t have a copy of its brief. It’s safe to assume, however, that ALL argued records access would hike abortion…and, no doubt cause women to gobble up ungodly amounts of Pills; thus snuffiing the American gene pool with stuffed-nosed bad decisions. Soon afterward, Brown’s teenage daughter brought forth a son with no husband, conceived while Judie was on the road bashing bastards and their moms. No adoption and sealed records for HER grandson! No secrets and shame for HER daughter! The unfortunate child gets paraded around ALL events as an abortion survivor, that is, as a child born after Roe. (NOTE: I’ve misplaced my sources on this last part, and will link it when it’s retrieved.) 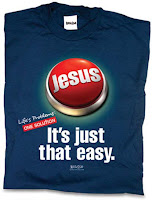 ******
Where does all this moral flim-flammery leave those lusty non-Pill-boggled women, whose super gene children were and continue to be sent off to better acceptable climes? Weren’t these women practicing their clear-nosed prerogative to mate with non-complimentary male gene carriers? With the superior choices at hand, shouldn’t those relationships, bolstered by high class DNA, have been rewarded? Shouldn’t they have ended with a trip down the aisle and happy-ever-after instead of a one-way backroad cab ride to Saint Margaret of Cortona Maternity Home and Camp for Bad Girls? The pilltotallers and bareback riders obviously followed the ALL directive (even if they didn’t know it) and copulated with the “perfect mate” to create genetically superior material. They didn’t even get a smelly t-shirt for comfort or thanks.
As the great protector of women and babies the American Life League sure sounds like its pushing its own brand of bete noir: genetics in its war on contraception. And let’s not even talk about “Darwinism.”

ADDENDUM: For a good essay on the consequences of polluted thinking such as ALL, go to Motherhood Deleted, A Realistic View on “Abstinence Only”