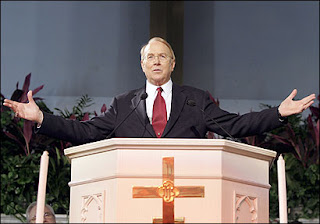 The American Adoption Industry once more comes begging: Give me your child, lest I die.”

Dr. Dobson, or rather his ghostwriter, complains:

Adoption rates in the U.S. have plummeted since abortion became legal in 1973, according to the Centers for Disease Control and Prevention (CDC).

Get out your hankies, folks. It gets worse

According to the CDCP before 1973 nearly 9% of babies born to never-married women were “placed” for adoption. By 2002 the number dropped to about 1%. 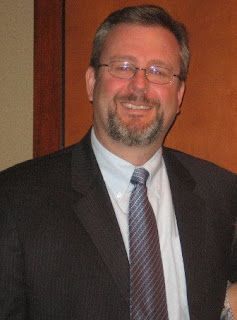 Then (surprise!) NCFA weighs in:

Chuck Johnson, vice president of the National Council for Adoption, said that creates a sad situation for the thousands of families waiting to adopt.

“Americans’ attitudes about adoption have remained positive,” he told Family News in Focus. “(Unfortunately) with that has come a decrease in the number of women considering adoption.”

For what it’s worth, Mr. Johnson isn’t quoted as saying that this lack of newborn adoptables for the desperate and childless is a “sad situation,” Dobson’s mouthpiece says Johnson says it is. (Say it isn’t so, Chuck!)

Weirdly, this “sad situation” is then directly tied to Focus on the Family’s adoptee conversion-o-matic Orphan Care Initiative which we are urged to click on. Here we find happy-faced minority boys blowing bubble gum and a cute little white girl in slightly pagan face paint waiting patiently for their Forever Families to arrive. According to the page, 127,000 of these happy older urchins can be yours (if you’re the right kind) for the asking.

So why isn’t Dobson yelling, “Demand for Newborns Drives Down Foster Care Adoption Rates”? Why does he want to create more “legal orphans, out of newborns (and fetuses) who have perfectly fine parents ready and willing to rear them, when there are already boxcars of kids who might actually need to be adopted and are so desperate for a home that they’ve turned to Focus on the Family for assistance?

Cynically, we know that HWIs (or even HBIs and HHIs, HAIs and HHAIs) are the desired and most profit- generated product. We can’t get away from that. But at the end of the day, it’s not about adoption, and it’s not really about abortion (even when it is). It’s about the patriarchial impotence of female autonomy, bodily ownership, and who controls fertility and the baybee market.

These guys can’t stand the thought that women execute reproductive parenting, and moral agency over their bodies, themselves, and their children, and dare to just say no to the “adoption option.”

After an initial drop in adoption post Roe, adoption rates readjusted. Since then abortion has had barely a blip on adoption rates. In fact, abortion rates are the lowest they have been in 30 years, and domestic adoption rates, though they fluctuate from year to year, remain pretty steady. (Go here for an explanation on the difficulty of gathering adoption stats and here for older stats.) Contraception, acceptance and de-stigmatization of non-maritial sex and single motherhood/fatherhood, state aid (though ever-shrinking), informal “adoption” amongst kin or friends, paternal custody, and the growing unpopularity of state marriage amongst straight couples are the main reasons most unmarried parents reject surrender of their newborns. Married couples, of course, are a generally untapped product source, but are even less likely to surrender than their fornicating brethern and sistern. Anyway, who gives away their own flesh and blood? Though USians are adoption friendly to the nth degree, the concept of turning your OWN kid over to the adoption mill is as foreign an idea as haggis for breakfast.

The conflation of foster care and newborn relinquishment is necessary, however, to pull off the child distribution social engineering for-their-own-good scam so beloved by the christo-socialist adoption industry, cultural go-gooders, and woman haters. But, Dobson is chump change next to the National Council for Adoption’s grand scheme which hauls original birth certificate access into foster-newborn discourse. According to NCFA president and conspiracy theorist Tom Atwood’s “How Mandatory Openess Harms Adoption” published in NCFA’s Adoption Fact Book IV [pdf] (p 461-468):

Fifth: Mandatory openness reduces the number of adoptions and increases the number of children in foster care. Eliminating privacy in adoption would mean that women with unplanned, out-of-wedlock births, who would only choose adoption if it were confidential, would have no choice but to single-parent. Social science data clearly reveals that the more single parents there are the more children languish in foster care with greatly increased cost to the child, family, and tax payer as a result. Forcing women to parent when when they are not ready to do so leads to more children in foster care as evidenced by the large increases in the foster care rolls, that have occurred, as the number of infant adoptions dramatically declined over the last 30 years. (p 465)

Let’s get this straight.

Shamed and fearful women who earlier would have surrendered their newborns with “guaranteed” anonymity (sealed obcs) now haven o other “choice” than to keep and raise their dirty secrets in plain sight and will abuse them as a result.

Unsurrendered newborns are likely to end up in foster care

Women who refuse to incubate for the desperate and childless are selfish.

Ungrateful bastards (and their fellow-traveller first parents and aparents) cause child abuse and high taxes.

Does your head hurt yet?

Even Dr Pierce couldn’t come up with something this deranged!

28 Replies to “JAMES DOBSON CRIES ME A RIVER”