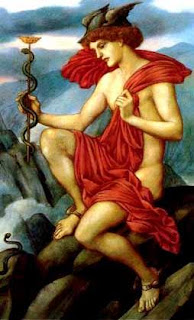 James Marsh from ChildLaw has created a new blog: Omens.

The Omens that appear there are of Masha Allen, the Russian girl sold into sex slavery by the American adoption industry, now abandoned once more, and disappeared into the child welfare system under highly mysterious circumstances.

Marsh was Masha’s attorney and advocate until he was no longer allowed to be. These entries are taken from court documents and transcripts, correspondence, news articles and other in-their-own-words publicly available primary sources. They are called Omens because they were harbingers, red flags, warnings of what was to happen to Masha after her rescue from pedophile Matthew Mancuso.

Marsh writes in his introduction:

Starting today I will begin posting noteworthy harbingers with the hope that readers will consider this from Dr. Martin Luther King, Jr: “we will remember not the words of our enemies, but the silence of our friends.” I will refer to these tidbits as omens; something either good or evil that is believed to foretell the future.

For those unfamiliar with Masha’s case look at my entries on this site under her name (labels) at Nikto Ne Zabyt–Nichto Ne Zabyto
For a update on what has happened to Masha–as far as anyone knows–go to One Child’s Unending Abuse–From Disnsey World Girl to Drifter by Christoher Witkowsky and Julian Assange. Marsh will be posting additional Omens regularly.

I call Masha the Rosetta Stone of corrupt international adoption–and now domestic adoption.. How many others are out there whose stories we don’t know? Masha, I hope you see this.

6 Replies to “OMENS: A MASHA ALLEN COMPENDIUM OF ABUSE”