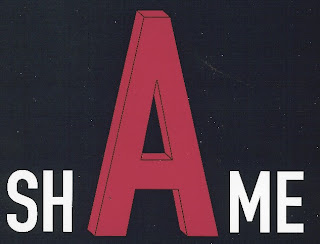 Shortly after I posted my Tar Heel blog this morning, I received an email alerting me to an editorial in today’s Raleigh News & Observer—The Parent Search–which picks up the tea and sympathy where the Tar Heel scraped off. “It’s perfectly understandable why an adoptee would…”the N&O writes, as it sharpens its ax.

Like the Tar Heel, the N&O fears that adult adoptees getting their very own personalized true and original birth certificates unsealed and unimpounded from the State of North Carolina will “harm” adoption. It offers compromise:

* Maybe a state-run contact registry for adults (though apparently records access opponents believe these evil databases “could deter potential adoptive parents for fear they would lose the child’s love once a birth parent was found.”)

*Maybe a way for “birth parents” to reveal “limited information about themselves–their medical histories, for instance, or their land of origin.” Land of origin? Yes, in North Carolina, state-mandated forged birth documents just don’t change the names of the kid and the parents; they also change the place of the adoptee’s birth! Do we need any more than that to tell us that adoption in the US is a witness protection program? That falsified birth certificates are about about secrets, lies, and therapy for insecure adoptive parents? That sealed records prop up the adoption industry?

But here’s the clincher:

“Whatever the legislature does, it should promote adoption. A good start would be passage of Governor Easley’s proposed tax credit for adoptive parents…”

Obviously, from the POV of the News & Observer, truth and openness in adoption does not promote adoption. This must mean then that sealing and locking up original birth certificates and other identity documents, issuing new forged identity documents, infantalizing and pathologizing adopted adults, barring adopted adults from knowing their own genealogies, and stigmatizing them as the only group of people in the US whose birth records are locked up by the state promotes adoption. Finally somebody fesses up!

By the way, check out BB’s Church’s latest brilliant blog Bad Binkie Award. I don’t want to take BB’s thunder other than to say, the UConn Daily Campus, The Daily Tar Heel, and the News & Observer (who referred to us as children and youngsters) should be looking for their awards in the mail. I’ll take BB’s idea a step further. How about a Bad Binkie coalition? We’ve all been binkied.