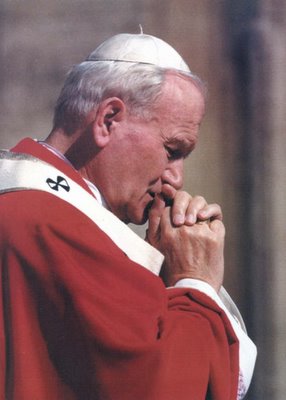 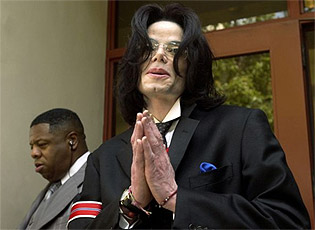 According to the February 6, 2006 issue of The Scotsman, The Vatican, which “owns the rights” to the written prayers and chants of John Paul 2, has been in talks with Michael Jackson to put the works to music. (Maybe Jacko thinks he can make a killing convincing Sony to trade the Beatles catalogue for the Pope’s?)

Is the Vatican really this stupid? So out-of-touch? But then .. nobody lately has accused the Church of being in touch with anything or anybody anyway.

If The Vatican goes through with this nutty idea, we can use it to our advantage. After all, who’s gonna listen to a bunch of Catholic bishops get the vapors over bastards when their own church has turned over JP2 prayer legacy to Jacko.

Jackson in talks to set late Pope’s prayers to music

SECRET discussions between the Roman Catholic Church and Michael Jackson to put the prayers of Pope John Paul II to music appeared to be in disarray last night after the singer fled members of the press who had got wind of the project.

Jackson, recently cleared of child sex abuse charges in California, is seen as a prime candidate because of his worldwide celebrity status.

Yesterday, Father Giuseppe Moscati, of the Millennium Music Society, which specialises in church music and organises musical events at the Vatican, reluctantly confirmed the details.

Fr Moscati said: “We have the rights for the 24 prayers written by Pope John Paul.”We had hoped the fact that we have been in contact with Michael Jackson would remain a secret. But sadly it has leaked out ahead of time. We are in discussions and trying to sort it out.”

Fr Moscati dismissed Jackson’s controversial past and insisted it was no barrier to him working with the Catholic Church. The priest said: “He was cleared and found not guilty by a jury.

“Michael Jackson is very interested in this project – we shall see what happens.”

Last night it emerged that Jackson had secretly flown to Venice to sign a contract. But as news of his arrival leaked he fled the city and was
thought to be on his way back to the United States.

He had arrived in Venice with his three children, but changed his plans after learning that photographers and reporters were waiting for him.

Jackson shot to superstar status with his album Thriller in the early 1980s. He also had a massive global hit with his famine awareness single We Are The World. 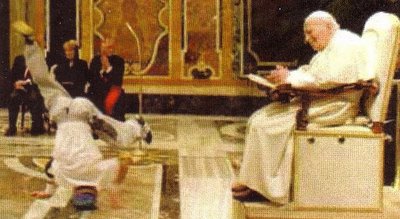 A source in Venice said: “We were all ready to put the deal to Michael Jackson but he was scared off when the news leaked out. As soon as he knew everyone was waiting for him and the project had been found out he disappeared. We don’t know where he is now.”

The Vatican deal would be Jackson’s first musical work since his trial, as his image has taken a nosedive since his court appearances last year.

He has barely been seen in public and has retreated to his Neverland ranch in California as he tries to recover his respectability.

It had been suggested that he was considering a move to Europe, where his fan base – especially in France and Italy – is phenomenally loyal.

Last week he was seen in Bahrain, where he has also been spending time away from the media, dressed in full black Islamic robes and headgear as he tried to elude photographers.

He spent several days there before flying on to Germany, where he visited friends before travelling to Venice. Jackson shot to stardom as a child in the 1970s with his brothers in the Jackson Five, before hitting new heights as a solo performer.

He has sold more than 100 million albums worldwide and has been married twice.

But Jackson’s status as one of the world’s biggest stars was rocked in 1993, when he was accused of child molestation involving Jordy Chandler, then aged 13. Prosecutors did not pursue the case after the alleged victim refused to testify.

But Jackson, who maintained his innocence, settled a civil action raised by Jordy’s family. It is thought he paid out more than Â£5.7 million in an out-of-court settlement.

The Catholic Church has also been rocked by worldwide allegations of sex abuse by priests. In the United States, the Church has paid out hundreds of millions of dollars to victims of abuse, with the diocese of Covington in Kentucky last year handing over Â£68 million to child sex abuse victims. 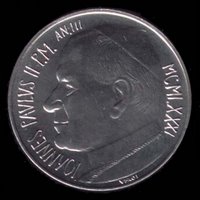 In 2002, the archdiocese of Boston reached a Â£5.7 million settlement with victims of paedophile priest James Geoghan. The following year, the archdiocese was forced to sell Â£57 million of
assets to fund legal settlements for more than 500 abuse victims.