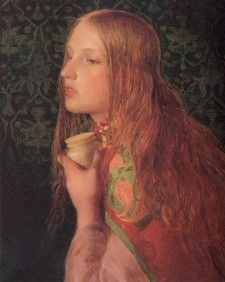 Life News.com reports a bill introduced in the Utah legislature that would require teenage women to secure the consent of their parents before getting an abortion. HB 85 sponsor Kerry Gibson (R-Ogden) told the Salt Lake City Tribune that his bill is a parental rights issue. “I’m responsible for anything my child does underage…It’s critical parents give their consent to this.” (abortion) He added that his 10-year old daughter inspired him to write the bill.

What is it with these politicians? Last year we had Illinois governor Rod Blagojevich push through a bill that banned anyone in the state under the age of 21 from getting tats –because they might regret it later. Again “inspired” by his daughters–who are barely old enough to cross the street by themselves much less run over to Body Basics to get inked. Do these political projectors ever ask their kids before using their names in vain? We doubt it.

Rep. Gibson has obviously been asleep at the wheel. In 2001, the Utah legislature rejected the concept of “parental rights””when it passed the state’s safe haven law that lets underage women anonymously abandon their newborns at hospitals and fire stations with no parental knowledge, much less consent. 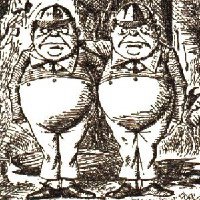 Gibson, and his 28 colleagues who co-sponsor HB 85, advocate a situational ethic in which a young woman will be required by law to tell her parents about her unwanted pregnancy and get their consent if she wants to terminate it via a legal, private, and safe medical procedure, but is encouraged by law not to tell her parents about an unwanted pregnancy provided she intends to carry to term and abandon her baby “legally” right after undergoing a dangerous, unattended birth.

Can Gibson fall down a rabbit hole and rub his tummy at the same time?

HB 85 is so popular that it passed the House with only 8 dissenting votes. Gibson told the Associated Press,”We’re trying to bring the rights and the decision-making process back into the living room.” Apparently that little living room chat doesn’t extend to baby dumping or death in a cheap motel.

Can we expect Gibson and his friends to introduce a second “parental rights” measure to repeal the state’s “safe haven” law in the name of family values and responsibility?