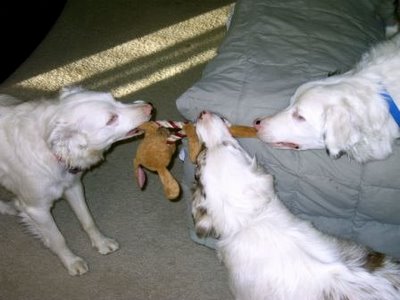 For as long as Bastardette can remember, adult adoptees have been the object of fear and hatred on both sides of the abortion issue. During the Sundquist case when Pat Robertson’s American Center for Law and Justice and the National Council for Adoption challenged Tennessee’s semi-records access law, Robertson went so far as to claim that the open records movement was simply a stealth attempt by pro-aborts to push abortion, since abortion would be the only solution to the intrusion of dirty little secrets aka bastards into the sancity of the home. (Unfortunately, this quote is no longer available online). The ACLU, Planned Parenthood and NARAL–claiming bizzrarely that adoption is a “reproductive choice” equal to abortion or any other medical procedure deserving of “privacy”– frequently join the anti-abort Robertson clique claque implying that adoptees are disrupters from whom women need protection. During Sundquist a coalition of Tennessee repro-service providers supported ACLJ/NCFA but declined to sign on as amici. (Memo in the possesion of Bastrardette). The ACLU even shows up in in the NCFA Factbook 3 quashing adoptees like the cockroaches it believes we are. And I’ve already discussed what these so-called civil libertarians have done in New Jersey. At this rate, it wouldn’t surprise me soon to find surrender and adoption covered by HIPAA.

This ridiculous presumption of adoption as a “reproductive choice” or “right” gets in the way of all records access campaigns. No adoptee rights/records access organization that I’ve ever heard of has an abortion policy for or against. Why would they? Abortion has nothing to do with surrender and adoption. Bastard Nation (here, here and here) and
the American Adoption Congress have amply proven this. Yet the myth continues. But then myths are highly useful weapons to pummel adoptees or any other “minority” that dares to rock Leviathan.

Recently Bastardette’s good friend and longtime adoptee rights advocate Mary Anne Cohen put her thoughts down on the “reproductive rights” controversy, taking both sides to task. No matter what your views are on abortion and reproductive rights, if you support the civil rights of adult adoptees and records and identity access, you need to take Mary Anne’s words to heart–and into the halls of legislation.

ADOPTION IS NOT A REPRODUCTIVE RIGHTS ISSUE

The opponents of open records on both the Right and the Left have tried to connect open records for adopted adults to issues of abortion and reproductive rights. This is a mistake and misuse of words, as all issues of reproductive rights cease once a living child, a separate individual with citizenship and rights of his own, is born. Adoption IS NOT a reproductive rights issue, nor is family preservation, any more than child abuse, breastfeeding, day care, or decent schools are, although all these issues are important and relate to children.

Once an adoption takes place, the reproductive part is done, the child is born and a separate person. There is no longer one person, the mother, and one legal non-person, the fetus, but two individuals with their own rights that have nothing to do with reproduction. I think we need to keep stressing this, to try to make it clear that however one feels about reproductive rights or abortion, it has nothing to do with adoption issues or with open records. Reproductive rights issues are birth control and access to it, abortion, and perhaps infertility treatments and assisted reproduction. Once a child is born, no matter what happens next, the “reproductive” part no longer applies because that is done, ended for everyone with the birth of one who is now a separate human being, not an object or less than a person. 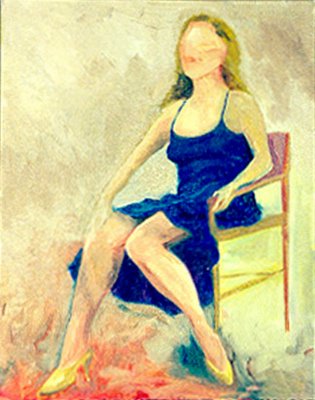 Mothers do not have unlimited “choice” concerning what they do with their children once they are born, nor do they have rights that supersede those of that child when he or she becomes an adult. “Reproductive rights” do not last forever; they end when the reproduction part of the process ends after nine months with a live birth. And men have never had a “reproductive right” to anonymity, as witness the paternity suits filed every day! A particularly virulent outgrowth of the idea that a mother’s supposed reproductive rights last forever and always trump the rights of the child are the awful baby dump “Safe Haven” laws that are springing up everywhere like weeds. Generally, where the law must step into family matters at all, it is assumed that protection of the minor child is more important than the rights of negligent or abusive adults. And all laws pertaining to minors but sealed records adoption laws end when the person becomes a legal adult.

There are only two choices, not three, that a pregnant woman makes that fall under the category of reproductive rights; the choice to abort, or to carry the child to term. The choice to surrender a child for adoption, which can only be made a legally binding choice once the child is born and a surrender document is signed, is NOT the third reproductive rights choice, nor is the opposite, the choice to raise the child and the right to assistance to do this. These important decisions that a mother makes once her child is born are in no way connected to the superior rights she had under the law while the child was still a fetus. No mother has life or death power over her child once it is born, nor does she have any right to permanent anonymity from that child under some misguided notion that this is a “reproductive right” that goes on forever. No one has a “right” to adopt, that is a privilege granted by the state for the good of the child, not to fill the needs of the adoptive parents, Nobody has a right to surrender a child and be given any promise of perpetual anonymity from that child either. Nobody has a right to raise a child if they are proven dangerous and unfit. And once again, none of these things should be viewed under the category of reproductive rights, although often they are.

In my view, both the extreme pro-choice and extreme pro-life groups are fundamentally dishonest, neither will look at any grey area, and both try to suppress anyone’s experience that does not reinforce their preconceived notions.

Some pro-choice people refuse to admit that any woman ever suffered deep grief after an abortion, and discount those who try to say that they did. On the other side, extreme pro-life people try to discount the experience and feelings of women who really did not regret having an abortion or feel any grief and are still satisfied with their decision. Both sides are less concerned with individual women and their real feelings than with only allowing those whose stories agree with their agenda to be heard. And I think that among our opponents, both sides project their feelings about the fetus onto the adopted adult, which really muddies the waters and leaves legislators confused.

Some pro-lifers worship the fetus, deify it in some sense, and then do not much care what happens to kids once they are born, or to their mothers. These are the “Adoption, Not Abortion” bumper sticker crowd. They cannot see the difference between the adult adopted person and the fetus. Adoptees should be grateful they were born at all, and pregnant women are just waiting to abort if they think their child will be able to find them years later. The fact that this is never a factor in why women choose abortion (I wish someone would do a study on that, what the real reasons are) does not slow them down a bit, because the image of the killer birthmother and the threatened, “saved” fetus fits their mythology better than the facts, that open records had nothing whatsoever to do with the rate or choice of abortion. Plus these groups are big on shame and punishment for “loose women” and can’t imagine a woman who has surrendered not living a life of shame and fear of her child.

On the other side, the more extreme pro-choice groups demonize the fetus; all the rhetoric about it being just a parasite, a clump of cells, living off the mother’s body etc. Both sides assume an adversarial situation between fetus and mother and extend this to the situation of adult adoptees and open records. Those who are pro-abortion and anti-open records are just defending the mother’s rights against the fetus’s rights….forever, not just until it is born. It is this kind of thinking that also leads them to oppose legislation that would say that the murder of a pregnant woman is double homicide, even if she is in the last weeks of pregnancy. Any hint that the fetus is human must be eliminated in order to protect abortion rights, even if the issue is not related to abortion or choice.

The anti-abortion crowd think they are “saving babies” at any cost by opposing open records, because of their misreading of the desires of mothers who carry a child to term and those who choose to abort. Both think that mothers should have absolute say about what the “child” gets to know about his own birth and heritage forever or else there will be a chink in the armor of their respective agendas. To the extreme pro-choicers, women are always benevolent, know best, and will always make the best choice because of their superior women’s instincts. To the extreme pro-lifers, women are potential wild beasts with an urge to kill. Ironically some from both sides feel that this same woman wants and deserves the state’s protection to hide her past indiscretions. Neither extreme is willing to see women as just human, no better and no worse than men, nor are they willing to separate their issues from ours when something we are doing hits a related nerve in their world view. Of course many others of good will and compassion who are pro-choice or pro-life also support open records and adoptee rights, but they are not the subject of this essay.

Is this making sense? And is there any way to get through this on either side? Neither the Holy Fetus nor the Demon Fetus is helping the adoptee rights cause, nor are the well-meaning attempts by some on our side to go along with the reproductive rights model, but argue that a woman who gives birth has a “reproductive right” to raise her child. It may indeed be argued that women have such a right, but it has nothing to do with reproduction. If there is any way we can separate these issues in the minds of legislators, we will have gone a long way towards neutralizing our opposition’s most annoying and false arguments.