Tonight ABC News will feature a segment on records access. As a run-up to the show a discussion about adoptee rights is being held on the ABC internet forum. The direct link isn’t punching in, so cut and paste this http://abcnews.go.com/WN/comments?type=story&id=4332269

Everyone so far supports adoptees except one poster:

As an adoptive parent who chose to adopt internationally under the UN’s Hague Treaty, I can tell you it is better to do so internationally than to adopt domestically. There is no uniformity to adoption laws in the US and they definetly are NOT written with the interests of the adopting parents in mind. These people are the most important part of a successful adoption yet they have very little legal standing during the adoption process. We wanted a truly closed adoption. In the United States, there is no such thing. No matter how much records are supposedly sealed. Any interested party can sue to have them opened. We wanted none of that.
Posted by:
Cindru2000 Feb-23

I’m sure that Bastardette’s readers–or adoptee rights activists and adoptees in search–will be comforted to know that “any interested party” can sue to have records opened. Technically, of course, anybody can sue, but I guess all those adopted folks, who have individually spent decades and thousands of dollars in court wrangling, not to mention, therapy, search and rights lobbying, just went about it the wrong way. Please, Cindru, enlighten us on how adoptees can get their own records so we can fold up our tents and go home to watch Dexter in peace and quiet. We sit at your feet in abeyance, our tongues licking your boots, awaiting your answer. 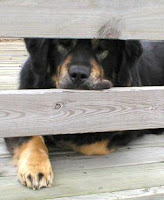 I know this will shock you Cindru, but your adopted acquisition(s) had a name, parents, grandparents, perhaps siblings, an extended family, a genealogy, history, and culture long before you scooped it up and dropped it behind your white picket fence. Its life (and I uses “it” purposely, since your child is clearly a consumer item, not a person) didn’t start the day you landed at the orphanage with your money belt, inflated ego, and “good intentions.”

People like Cindru who set out by design to blot out adoptee identity, family, and records should be barred from adopting. I wonder what disreputable agency took her on as a client. So many to choose from; so little time! And for all her hard work and expense, she’ll be horrified to learn that her acquisition might not be as undocumented as she hopes– nor as grateful.

I really dislike the term “adoptress,” and I never use it. But if anyone deserves that approbation it’s Cindru2000.

13 Replies to “THE PROBLEM WITH CINDRU: "ANY INTERESTED PARTY CAN SUE TO HAVE THEM (RECORDS) OPENED"”