I’m working on a couple other things tonight. In the process of looking up something I found by accident Glenn Beck’s adoption story.

Back in 2004 you see, Glenn and his second wife Tania were trying to have a baby when Glenn had a revelation from God: we’re supposed to adopt. Tania wanted to experience the joy of pregnancy, though, and had to be convinced. After a temple trip and lots of prayer, as good Mormons do, the Becks ended up at their local L-d-S agency. Glenn announced their “adoption plan” on the radio. A few weeks later he received an email from a woman informing him her 14-year old daughter is “carrying your baby.”

This is a pretty long story, and you can read it here : Families Supporting Adoption: Glen [sic] and Tania Beck’s Adoption Journey. But I need to share this with you:

Glenn
Well, Chris, unbeknownst to us, checked it out for a couple of weeks. Talked to the family and made sure it wasn’t insane. And so we flew down to Texas, and we met the family, and we met with Hannah, and she said always, always, every step of the way to Tania, “I’m carrying your baby.” She just knew it. With everything in her, that baby was supposed to come to her, to Tania. She felt strongly about it. So did we. Well, so a week after we had decided, a little baby boy rushed to our arms as promised. 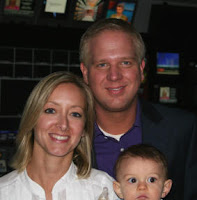 Tania
We were blessed to be right there in the delivery room and had him from the moment he was born, and he is just one of the joys of my life. And we know that he chose us. He just needed a different channel to get to us. The bravery and courage that that young woman had—I don’t know that I would be able to do the same thing that she did to put him first, and the great love that she had for him to place him with us so that we could raise him. He’s such a blessing in our lives. It’s like I gave birth to him; he’s my son. It doesn’t matter where the body comes from; it’s the spirit that is important, and that was connected to us and had to get to us. He just had to find another way. He was sealed to us on July 23rd of 2005, and he’s part of our family for all eternity.

To Glenn’s credit he seems rather horrified at the harshness of the L-d-S relinquishment papers shoved under Hannah’s nose, (I guess they wanted her to know how serious they are about sealing), but not enough to say hey maybe you should think about this!

And people think Esther is scary! 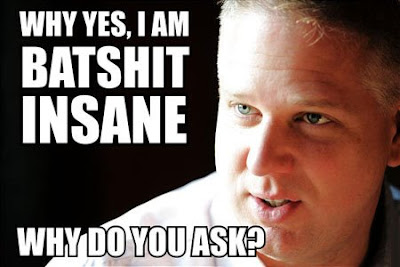 15 Replies to “GLENN BECK: AS IF THERE’S NOT ENOUGH REASONS TO LOATHE HIM”