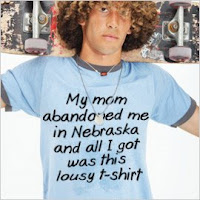 I’ve been collecting material to update the Nebraska Fiasco, but haven’t had the time to put everything together. Since the big news on the Fiasco scene Monday was the termination of Gary Staton’s parental rights, I’m catching up a bit here. Please go to Children of the Corn for the complete collection of Nebraska Fiasco blogs. 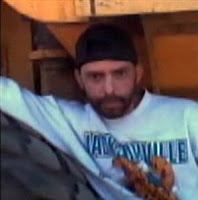 GARY STATON TERMINATES PARENTAL RIGHTS
According to Omaha Action 3 News, Gary Saton, 36, the widower who “safe havened 9 of his 10 children (the oldest is a legal adult) at Creighton University Medical Center last September, went to court Monday (March 9) to formally terminate his parental rights. Since their abandonment, the seven youngest children, ages 2-15, have been living with an aunt (sometimes described as a great aunt) in Lincoln who will remain their legal guardian until each turns 19. The two oldest boys are, at their own request, living in foster care in Omaha so they can finish high school together. Staton was granted visitation. He planned to visit his former family in Lincoln Monday evening. No word otherwise, on Staton’s current situation except he has moved from the family’s home which has been condemned by the city.

Last October, a week after their “legal abandonment” and placement in Lincoln, the seven youngest Statons became the subject of a tug-of-war between their aunt/ HHS and their court appointed advocate, Thomas Incontro. Douglas County Juvenile Court Judge Elizabeth Crnkovich (otherwise a voice of reason during the Nebraska Fiasco) found the placement inappropriate after Incontro complained that some of the kids, living with the aunt only a couple of days, were sleeping on air mattresses or sharing mattress on the floor, none had been enrolled in a new school, and the state wasn’t “helping enough.”

To hear Mr. Incontro and Judge Crnkovich talk (she reportedly said the children were in “unlivable conditions), you’d think we are all be prepared for the sudden arrival of seven abandoned children into our homes, complete with beds, therapists and school supplies. I bet Incontro and Crnkovich are!

This nuttery is from an October 1, 2008 broadcast on KETV:

The Lancaster County judge ordered the children removed because their aunt’s home didn’t have enough room for them.

Three of the kids were sleeping on the same mattress and two others shared an air mattress. None of them are in school because they have moved to a different county, said their attorney, Tom Incontro.

“They wanted to stay together and they wanted to stay with family,” said Todd Landry, the Director of Health and Human Services. “We had a safe family member they could go to on a short term basis.”Health and Human Services workers checked out the children’s great aunt and found the home was too small to house seven children.”We knew they were going to, very temporarily, on a very short term basis, be sharing a bed,” Landry said

Incontro said in court Wednesday that the aunt who stepped forward to help the kids is not prepared to care for them. Judge Elizabeth Crnkovich ordered them to be moved by the end of the day.

“I think we might have rushed this a bit,” Incontro said. “I think in this case we hurried up, got that done and didn’t put into place the things the kids need immediately.”

But later Wednesday, the Department of Health and Humans Services appealed the judge’s decision, saying it’s in the kids’ best interest to stay together and live with a relative who cares about them

“They are happy to be together with family,” said Landry.

The Staton kids again have been shuffled into foster care, which is where they started after their father, Gary Staton, dropped them off at Creighton University Medical Center last week. Staton avoided charges because his actions were protected under Nebraska’s controversial Safe Haven law.”It bothers me,” Incontro said. “The kids went back to family, now may not be with family for a few days, and that concerns me. But if it’s not appropriate, it’s not appropriate.”

Thomas Incontro “I think in this case we hurried up, got that done and didn’t put into place the things the kids need immediately.”

Let’s get this straight. We are not talking about long-term deprivation, but emergency shelter for a family of seven abandoned children, suddenly separated from their father and 3 older siblings, and whose mother is dead, According to the child advocate and judge, it is more important for children to sleep in their “own” beds in strangers’ homes immediately after a family tragedy, than remain together in safe surroundings with a loving family member. Air mattresses! Oh my! Did neither Incontro of Crmkovich go to college?

Just before Christmas, Judge Crmkovich reversed her order after DHS and the aunt improved the “living” situation and the Staton kids were given into their aunt’s custody. Gary Staton never showed an interest in regaining custody, though he has attended hearings, therapy sessions and stayed in contact with the kids. 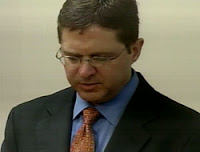 TODD WE HARDLY KNEW YE: TODD LANDRY HEADS TO TEXAS
To no one’s surprise, Todd Landry, director of Nebraska’s Children and Family Services, and the official state voice of the Nebraska Fiasco, has announced he will soon depart for more friendly climes…or as he puts it “I have a great opportunity come my way, and I decided it was the best thing for me and my family.” No doubt.

On April 1, Landry will become the executive director of the Lena Pope Home a private child and family agency in Fort Worth, Texas. He served well, if not so wisely, in Nebraska for 20 months.

Back in September 2008, Landry gained the opprobrium of stressed-out parents, under-staffed professionals, and shocked-I-tell-you-shocked politicians with his “insensitive” statements about the state’s big kid dumpers. As soon as Landry released the dubiously titled, Safe Haven Law Does Not Absolve Parents of Responsibility press release and made subsequent public comments implying that dumpers are lazy, irresponsible, and immature, I figured he was out.

Now that Landry is on the last train to Fort Worth, pols who made the mess he was charged with covering up and cleaning up, are weeping copious crocodile tears:

“Sen. Amanda Gill, head of the task force looking into issues related to “safe haven” law, although critical of Landry during the Fiasco, praised him for his current cooperation in finding ways to help troubled children.

Sen. Gwen Howard, who could hardly keep her socks on during the Fiasco, told the press, “The safe-haven issue was certainly difficult for everyone. I do believe that Todd Landry wanted to do a good job.”

Nobody, of course, has complained that on Landry’s watch the state collected $273 million in child support payments, an all-time high. But, then, enforcing child support doesn’t make the Unicam look stupid.

Landry should write a book: 20 Months of Nebraska Hell: My Life as Collateral Damage 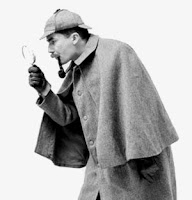 WHERE ARE THEY NOW?
Despite their protests that Nebraska’s “safe haven” was their last resort and they wanted their kids back…., here’s a rundown from yesterday’ Omaha World-Hearld on other cases. No names published:

The paper reported on February 1 that 29 big kid dumpees remained in foster care, 6 were returned to their home states, and 1 had returned home.

Oh, and in case anybody is wondering, not one glassy-eyed, desperate mother has wandered into any Nebraska hospital since its new and improved law went into effect to save her “unwanted newborn” from the trash.. Nor has any newborn been dumpsterized. Obviously, somebody’s not doing their job!