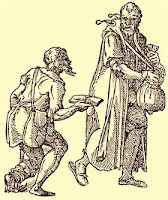 The National Council for Adoption sent me an e-beg letter today. Can I help NCFA raise $60,000 by the end of the year? Tax deductible, of course! I wouldn’t mind this end-of-the-year shill so much (everybody does it), except for this claim:

For thirty years the National Council For Adoption has been the authoritative voice for orphans around the world as well as U.S. infants and children waiting to be adopted out of foster care. Today the need to advocate is greater than ever. Consider that intercountry adoption has plunged 27% since last year, 123,000 children in foster care are waiting to be adopted, and the adoption tax credit–which makes adoption affordable–is scheduled to end next year.

Something like this can only come from the under-30 crowd that predominates NCFA today who are either unaware of their company’s history or are intent on reinventing it. Ignorance is bliss.

Those of us who have been around adoption deform longer than some of the current NCFAnoids have lived can tell you that until recently foster care lived on food stamps in NCFA’s basement. NCFA was formed specifically to keep bastards and their records separated by state fiat and push HWIs into the market. Care to read their incorporation papers? I’ve got ’em. So now that NCFA is losing on that front (and others such as open adoption, single parent and gay adoption) they’ve hit on another survival stream.

Records were certainly sealed before NCFA came along. If by some divine intervention (Dr. Pierce once told me that if God told him to advocate records access he would), NCFA would miraculously change course, records would still be tough sell in lots of states.

The barn door shut a long time ago, and even if NCFA wanted to, it couldn’t call the cows back in. That’s our job. 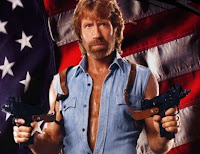 Sidenote: Amanda Marcotte has an entry today on RHReality Check about how the Catholic Church and its rightwing friends make everything–even football–about abortion. No mention of the Church’s adoption and adoptee hammer and nail, but it’s always good to see that others are on to them:

To ask the question is to miss the point, as anyone who has dealt with the Fetus People can attest. They haven’t met many issues they can’t make about abortion. It’s an all-purpose stand-in for everything that right wing reactionaries wish to attack—witness, for instance, Chuck Norris implying that giving people more access to general health care is the same thing as aborting the Baby Jesus. If mammograms and blood pressure medication are the same thing as abortion, then surely hiring a pro-choice football coach is abortion.

Marcotte isn’t far off. A state sponsored smoking cessation program for women was deemed to be really about abortion by our Ohio Statehouse Cave Men

NOTE: I obviously feel off the branch I went out on. I’m working on making it up.

8 Replies to “NCFA HITS UP BASTARDETTE FOR MONEY”