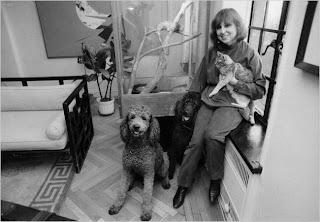 Today’s New York Times offered a featured obit on BJ Lifton who died last week of complications of Pneumonia: Betty Jean Lifton Dies at 84; urged open adoptions.
Although the obit conflated open adoption and open records, it’s an otherwise good review of BJ’s life. I had no idea she was 84. I’m bad a age. I thought early to mid 70s.

When “Twice Born” was first published, there were few books about the adoptee experience. Adoption in general was a veiled topic, and adoptees — assuming they were told anything — rarely knew their given names, their birth parents’ identities or the precise circumstances of their adoptions.

As a result, generations of adoptees grew up with a void where their personal histories should be and, Ms. Lifton argued, with deep feelings of confusion, grief and loss.

“When I was born, society prophesied that I would bring disgrace to my mother, kill her reputation, destroy her chances for a good bourgeois life,” she wrote in “Twice Born.”

She added: “I say that society, by sealing birth records, by cutting adoptees off from their biological past, by keeping secrets from them, has made them into a separate breed, unreal even to themselves.”

The book’s publication, which gave momentum to the emerging adoption-reform movement, prompted an outpouring of mail from people with similar stories. These letters, and subsequent interviews with adoptees, informed the next installments in Ms. Lifton’s trilogy, in which she examined the psychological toll that closed adoption can take, and the psychological affinities many adoptees appear to share.

According to discussion on BJ’s Facebook page, a memorial service is being planned.

Picture of BJ, kitteh, and googies from NY Times.