As you may remember, Thursday marks the National Council for Adoption’s 30th anniversary bash at The Willard. Black Tie and Pearls will serve up (we assume) a high class menu and honor several adoption merchants. One of the lucky winners is Fred Riley, former NCFA board member and project director for L-d-S Humanitarian Services who’s being inducted into the NCFA Adoption Hall of Fame. I guess Mormons consider keeping our birth records sealed an “humanitarian” mandate.

Tonight I found a NCFA press release printed in the Deseret News (Utah) regarding Mr. Riley’s induction. I say press release because it reads like one and refers readers to “our” website as in “More information is available on our website”

Mr. Riley, of course, is thrilled to be honored by the organization he has served so well and has done so much to keep bastards in thrall of state and (his) church. In case you’re wondering he joins such HOF luminaries Bertha Holt, Sen. Tom Delay, Rep. Tom Bliley, Sen. Larry Wide-Stance Craig, 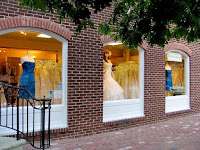 and a bunch of Mormons most of us have never heard of. To be fair, a number of relatively normal people, who may have no idea what they’ve been sucked in to, have also been enshrined. I’ve always wondered if NCFA has a statuary hall where we could come and revere these Heroes of AdoptionLand. Maybe Ellie’s Bridal Boutique, which occupies the ground floor of the NCFA building, doubles for the hall.
Mr. Riley, as you may expect, has a passion for removing children from single mothers and delivering them into the arms of the morally deserving married:

“A big part of the job was dealing with adoptions in the church. I have a real passion for children being raised in a safe, nurturing environment, as well as a strong belief that children have the right to be raised by a mother and a father,” said Riley, a grandfather to three adopted children.

Mr. Riley’s continues with the AQOY (Adoption Quote of the Year):
“The U.S. is really the last country that has a healthy adoption institution. In other countries so many anti-adoption laws have been passed that it is difficult to do. If it wasn’t for NCFA, we might be in the same situation.”
It’s not that I didn’t already know this. At lunch in the basement of St. Bart’s following Dr. Pierce’s memorial service, one of the speakers, a judge from the DC Federal Court, I believe, told us that Bill Pierce had “saved adoption.” I almost expected applause.
Up to that moment I had no idea that adoption had ever been in danger, and if so, from what? Me? I tried hard not to laugh out loud. When I looked around, though, and spotted a NCFA high-up looking back at me rolling his eyes, only the solemnity of the occasion (if you could call it that–it was actually rather upbeat) kept me from losing my composure completely. He came over later and said, “Ah, I knew that would get ya.”
Mr. Riley equates “anti-adoption” with ethical adoption, and countries that enforce ethical adoptions as “unhealthy.” Well, there’s not much more to say after that, is there? By their own words shall they be judged.
And actions: secret adoptions, shame, guilt, sealed records, legalized baby dumping, coerced relinquishment’s, no revocation , hiding children from their fathers, incompetent home studies, extortion, baby mills, crony courts. That’s what healthy adoption in America means to Mr. Riley.
Somehow I think the US could do fine without NCFA. It couldn’t be any worse.

One Reply to “National Council for Adoption Saves Adoption in the US!”