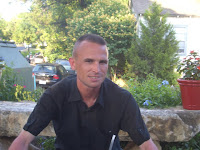 Another year draws to a close, and thankfully, another Christmas has passed. I have never been one to celebrate Christmas, and perhaps the most memorable, and darkest had been the one experienced, December 24th, 2006. I’d sat atop Twin Peaks, in San Francisco, California, the cold wind that night chilling me to the bone. As I’d ridden a motorcycle there, I couldn’t just hop into a car and turn on the heater.

For many, Christmas may be a time to be among family, yet that evening. I’d never felt so isolated, and alone – as though the chill of death surrounded me. I had returned from an Iraq deployment earlier in the year, and though I would depart San Francisco shortly into 2007, during my time in San Francisco, I’d made progress, on a lifelong quest, which to an adoptee, may be referred to as “The Search.” Perhaps part of what made that Christmas so dark for me, I had reunited, via telephone, with one half of my biological family, an Uncle. Sadly, I’d been informed of my birth father passing away. Mourning the death of someone you’d never known, and whose passing had occurred years prior, coupled with understanding that any hope of ever meeting one of your natural parents had been permanently taken away, can be a devastating emotional combination. Beyond those feelings though, other events had also been set in motion; the culmination of which happened this year. On July 4, 2010, on a long distance phone call, from Iraq, back to California, to my adoptive father, I’d been read the contents of my Original Birth Certificate. Like an elusive unicorn, many adoptees continue to have a sealed birth record, and only after a very long battle, had I been able to obtain mine.

A friend of mine, “Wheelchair Tony,” from Santa Cruz, CA had told me once, in one of many a long walk up and down Pacific Ave, that the point of college happened to be developing oneself to the point of being able to get things done. Of the myriad of tools available to humanity, perhaps the greatest that I’d discovered, would have to be writing. For any who have read, Thomas Paine’s Common Sense, writing can indeed create nations. Specific to the adoptee, perhaps the best work I’ve read, would have to be Shea Grimm’s Search Series – The Definitive Guide to Self-Empowered Adoptee Search.

I followed many of the suggestions. When dealing with adoption, and search, one must cultivate a huge amount of patience, especially in dealing with bureaucracy.

In January, 2008, I’d requested my non-identifying information from San Francisco Human Services Agency (HSA), formerly San Francisco Department of Social Services, the agency that had handled my adoption. For those interested, California Form AD904. In August 2008, I still hadn’t received anything, and after once a month follow-up phone calls, the social worker couldn’t find me “on the list.” It’s amazing what a polite and tactful, yet firm email to Mr. Trent Rhorer, Executive Director of SF HSA (and cc’d to the Deputy Directors), documenting one’s dialogs with HSA can achieve. I had completed 6 years in the Air Force by this point in time, and the mantras of, “Resolve problems at the lowest possible level” and, “Have faith in the system” were both well ingrained in me. Knowing when and how to escalate can only be described as a fine art, which I’m still learning. 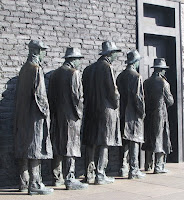 With my non-identifying information in hand, new situations arose. I discovered that I had another biological half-brother, sharing our common birth mother, born prior to me in the State of New York. New York State (NYS) has similar laws to California, in maintaining both sealed records, and offering a mutual consent registry. In December 2008, I felt the bitter shortcomings of mutual consent registry in dealing with Inter-state separated adoptees.

On December 12, 2008, Mr. Peter M. Carucci, Director, State of New York, Department of Health wrote me, “…As an ‘Adoptee’ born and adopted in another state, in order to register as a ‘Sibling’, you MUST furnish the Adoption Registry with a copy of your Original Birth Certificate (listing the names of your biological parents), your Amended Birth Certificate (listing the names of your adoptive parents), and a copy of the Order or Adoption from the Court that finalized your adoption.” (sic)

Alas, I needed my own unicorn, my Original Birth Certificate, in order to register against a long lost sibling from New York State.

Life has a funny way of intertwining itself sometimes, and my active engagement in searching took a back seat, with the arrival of my daughter, Rowan, born Jan 2009. I continued researching, in my space time, how to Petition the Court for Release of Adoption Records. Also in 2009, CA-CARE, California Adoption Reform Effort, Assembly Member Fiona Ma, and California Assembly Bill 372 came to my attention. In the end, CA-CARE succumbed to supporting a really bad piece of legislation, that I’m grateful didn’t pass. CA-CARE came in with guns blazing, but didn’t fully research the legal situation in California, nor co-ordinate with other groups’ prior attempts to change CA’s sealed record laws.

In February 2009, I did successfully petition Superior Court of California, County of San Francisco, Unified Family Court, for the Release of Adoption Records, obtaining the Honorable Donna J. Hitches’s signature. Recall the aforementioned power in a signature. In my Adoption Records, I needed to obtain two items: First, my Order of Adoption, which Unified Family Court would have kept a record of, and secondly, my Original Birth Certificate, kept with California Department of Vital Records. Enter more dealings with bureaucracy.

May 1, 2009, I phoned Unified Family Court, in a follow up to my Order of Adoption. The clerk informed me, that my Order of Adoption had not been included in my Adoption Records. I puzzled over this, deducing that either someone had forgotten to include this rather important document back in 1979, when my adoption had been finalized, or that strange as it sounded, I entertained the notion that my adoption had not been finalized.

I proceeded to write a letter to both: San Francisco Human Services Agency, and California Department of Social Services, Adoptions Support Unit. As I’d had prior dealings with SF HSA, their response came back first, routed through Unified Family Court – a certified copy of my Order of Adoption.

The last piece of this puzzle remained, my Original Birth Certificate. I remember, sitting one day at my favorite coffee shop, Kinley’s in El Paso, TX in spring, 2009. In my hand, I held the Order for Release of Adoption Records, signed, and with raised seal. I remember thinking, “It couldn’t be that easy could it?” All I had left to do, was request a copy of my birth certificate, along with a copy of the order I held in my hand. 27 April, 2009, I sent a letter to California Office of Vital Records, for the last piece, my unicorn, my Original Birth Certificate. For some odd reason, I requested five copies.

I endured many hardships in my personal life, in waiting for my Original Birth Certificate. My wife, Rebecca, left me, July 2009, taking my then, six month old daughter with her, and thus far, that’s been the last time I saw Rowan. My unit, with the Army (I’d switched branches in 2008), deployed to Iraq in November 2009, and all the while, California sat with my request. I kept with me, in going to Iraq, a postcard vital records had sent me, indicating that my request had been received 7 July 2009, with a tracking number, and a statement about the average wait time being 12 weeks.

12 May 2010, in an email to California Office of Vital Records, I inquired as to the status of my request. Over a year had passed since I’d sent my request, though in many ways, it felt like a lifetime ago. I’d had the sense to leave an alternate address with vital records in November, prior to deployment, using my adoptive father’s California address.

CA Office of Vital Records wrote back on 13 May 2010, “I show that the request was mailed on 05/06/10 to your old address. I have updated the request to your new address in the event it gets returned to our office we will forward to the new address.”

Eventually, my Original Birth Certificate did end up at my adoptive father’s house. I remember phoning him on 4 July 2010, and hearing him read it to me, hearing him read the name, my name, Justin Samuel Roland Chase, a name I’d not heard in over 30 years.

Sometime later, in August, during block leave, I rode my motorcycle, from El Paso, TX to San Francisco, CA to pick up my OBC. When I have inclination, I still need to follow up with NYS, but I’m in no hurry to do so. Divorce proceedings, and seeing my daughter again has taken precedence.

Justin Mitchell Bennett, (born Justin Samuel Roland Chase), has been a member of the US Armed Forces for the past 10 years, specializing in Electronics, Computers and

Communications. In his spare time, Justin uses the Internet to conduct genealogical research, people searches, and legal research specific to adoption, in addition to reading blogs and posts of others touched by adoption.

Justin can be reached at http://www.facebook.com/justin.mitchell.bennett, where he keeps in touch with many of his friends.

9 Replies to “My Unicorn by Guest Blogger Justin Mitchell Bennett”