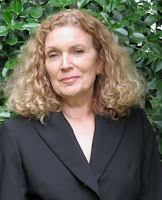 I was “introduced” to Joanne in 1980, via an article she’d written in a psych publication a few years earlier. She was the first person I ever “knew” who politicized the adoption experience and articulated how we’d been screwed and bastaradized by the state After I read Adoption Mystique, I thought, she’s said it all! What can we add to it? Damn!
I really liked Joanne’s answer to Von’s question: Do you believe the stigma of adoption and of illegitimacy have changed” but I’ll let you go over there and read her reply yourself.
Joanne is a long time member of Bastard Nation and a member of Bastard Nation’s Legislative Committee.
In 2007 I wrote about Joanne here (scroll down).

2 Replies to “Check out Once was Von: Interview with Joanne Wolf Small”