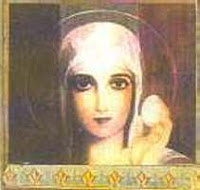 Adoptees throughout the country have been watching the progress of SB 152 and are greatly dismayed that the Senate yesterday defeated the bill. We are pleased, however, that the bill will be reconsidered today, and urge your reconsideration and support.

SB 152 is about the restoration of the right for all South Dakota adoptees to receive a copy of their original birth certificates, a right they once enjoyed and took for granted just as the state’s not adopted continue to. The bill is about nothing else.

I was very surprised that the South Dakota Eagle Forum opposed and was apparently influential in yesterday’s defeat–especially since it used the spurious and discredited abortion argument. Reasons to seek abortion vary, but fear of a dirty little secret showing up 30 years later isn’t one of them. Even the biggest opponents of the restoration of our rights have admitted that there is no proof of a link between an original birth certificate and an abortion, it’s just something they “know” with no further explanation. The fact is that
states that treat adoptees like everyone else with full access to their birth certificates and pre-adoption identities have lower abortion rates. And that IS provable.

The Eagle Forum has been silent on adoptee birth certificates since it took a very public trouncing from the 6th District Court of Appeals as an amicus in the unsuccessful attempt to overturn a 1996 Tennessee adoptee access law: Doe v Sundquist 943 F. Supp. 886, 893-94 (M.D. Tenn. 1996).

In that adoption law landmark decision Judge Nixon of the U.S. District Court sided with the defendants, who argued that the new law opening records to adoptees did not violate constitutional rights to familial and reproductive privacy, and privacy against disclosure of confidential information.

Judge Nixon rejected plaintiffs’ argument that the right to relinquish a child for adoption was analogous to the right to an abortion, and thus was a “reproductive choice” subject to constitutional protection. “[The open records law does] not interfere with a ‘reproductive right of privacy,’ since [it] fail[s] to impinge upon a woman’s right . . . to carry a pregnancy to term . . Since the [open records law] does not prohibit adoption, it cannot be deemed analogous to direct government restraints on private,fundamental decision making [such as laws that criminalize abortion].”Id. at 894-895.

The plaintiffs appealed to the U.S. Supreme Court, which denied cert. In 1997, upholding the Sixth Circuit Court decision, and ending the federal case. The Supreme Court of Tennessee also rejected challenges to the law under its state constitution. See Doe v. Sundquist, 2 S.W. 3d 919 (1999).

It is difficult to understand why organizations such as the Eagle Forum, which claim to be both “pro adoption” and “small government,” scoff at and reject adoptee claims to rights and records. It is especially puzzling when they turn to big government for redress, claiming the state must monitor the intimate activities and personal relationships of adult adoptees via the maintenence of sealed records. While these groups are quick to “defend” the “potential adoptee” in the womb, these same lobbyists turn on the adult adoptee when he and she demands their birth records, history, heritage, and pre-adoption identities. This is especially alarming due to the current state of “national security” in which adoptees are routinely denied passports, drivers’ licenses, Social Security benefits, pensions, security clearances, and professional certifications because they are adopted and cannot present proof of original identity. How can these personal and practical restrictions on adoptees by any stretch be defended as “pro-adoption?”