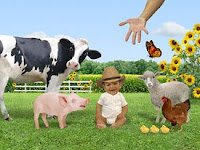 Here’s updates on the July 20 Box Butte baby dump case. (Go directly below this entry for entries posted by Baby Love Child and me on the case).

Thursday and Friday news reports (here, here, and here) circulated that the biological parents of the newborn had contacted authorities as early as July 22, to see about the return of the infant.

Saturday, the Alliance Star Herald and Omaha World-Herald gave details. The papers report that on July 22, two days after the baby was left at Box Butte General Hospital, the mother, her relatives, and the baby’s father contacted the hospital, asking for the baby’s return. The baby had been put on a routine 48-hour hold and officials were preparing to release him to a foster-to-adopt family. HHS, consequently, decided to keep the baby for another night at the hospital where both parents visited him, and the mother cared and stayed with him.

Reports in both papers are substantially the same. The quote below is from the Alliance Star-Herald, a more detailed account than appears in the World-Herald: 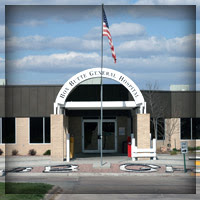 According to an affidavit filed by a guardian ad litem assigned to the case, the mother of the child didn’t realize she was pregnant and gave birth to the infant in a bathtub of water. She sterilized a pair of scissors, cut the umbilical cord and used bobby pins to seal the ends. The mother reported that she was scared and didn’t know what to do next. She heard about the Safe Haven law and requested that her sister deliver the baby to the hospital.

Two days later, the biological mother and relatives contacted a Box Butte General Hospital official and said that the biological parents wanted the baby. The baby had been ready for release and HHS officials were in the process of placing the baby with a foster-adoption family.

On July 23, under a plan arranged by HHS, Box Butte County Judge Charles Plantz (left) granted legal custody to the agency while the parents undergo genetic testing and psychological assessment. Plantz made it clear in his order that HHS should proceed with its plan to place the baby with his biological mother while its investigation continues. The maternal grandmother is taking a leave of absence from her job to help care for the infant and his mother. The Star-Herald says the grandmother will move into the mother’s home, but the Herald-World says the mother will move into the grandmother’s home. The father will be allowed easy access to the infant.

According to court documents, Larry Miller, the baby’s court appointed guardian ad litem said, “NDHS believes this arrangement will provide safety for the baby.” Hospital officials filed an affidavit in which they said they believe it would be best for the mother and baby to be together so the mom could nurse and bond with him. (Note: court documents are not available to the public; information on them comes from news reports.)

The next hearing on the case is scheduled for August 18. The HHS name assigned to the baby, the names of the parents, and the initials used in the court proceedings have not been released. The current location of the baby is unclear, but it sounds like he is with his mother.

Baby dump promoters and the press went into a dither when the baby, as per Unicam specification, was delivered in tact to Box Butte General Hospital on July 20 by someone identified and now verified as the baby’s aunt (mother’s sister). 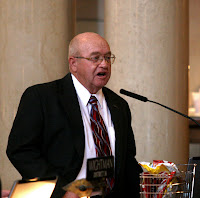 Nebraska politicians such as Arnie Struthman (right) and associated baybee pimps like to brag to scared and uninformed suckers that legalized anonymous baby dumping is a no-muss-no-fuss-no-questions-asked-walk away-from-the-problem child surrender with no legal or social consequences. Apparently, these propagandists forgot to tell this to the Nebraska Department of Health and Human Services. HHS threw out a dragnet for the parents as soon as the baby was dropped of.

As I posted last week, HHS publicized far and wide:

HHS spokesperson, Jeanne Atkinson went even farther. According to in the July 23 Omaha World-Herald:

A newborn dropped off this week under Nebraska’s revised safe haven law might have to spend six months or more in foster care unless his parents can be found.State law allows courts to terminate parental rights after children have been abandoned for six months or more.That would free the infant boy, who was left at a western Nebraska hospital Monday evening, for adoption.Getting an adoption finalized could take additional time, said Jeanne Atkinson, a spokeswoman for the Nebraska Department of Health and Human Services. 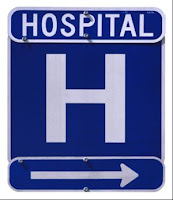 See, the folks at HHS (for all their missteps during the late Nebraska Fiasco), know that “safe haven” is a spurious law that conflicts with all sorts of state and national child welfare laws and policies, not to mention professional child welfare standards and ethics, not to mention it’s bad for the kid and its permanent legal disposition, not to mention it makes the state look like its turning its children into figili della Madonna. After the Nebraska Fiasco, any attempt at legal anonymous newborn dump and grab will raise questions and hackles.

When I first heard that the parents of Baby Box Butte had come forward (with no details) I thought either they (1) wanted to reclaim him or (2) wanted to make legal surrender and adoption proceedings easier. Scenario 1 is usually the case when parents come forward. They realize they panicked or were misinformed and want their baby back. In Scenario 2, parents realize they panicked or were misinformed and want to make a genuine adoption plan for the good of their child and themselves. In the nearly 10 years I’ve researched legalized dumping I have not found one single case where a parent or a family member who petitioned for return was denied.

I believe there are two reasons for this:

For more on the constitutional problems with “safe haven” read Erik L. Smith here and here.

Congratulations to Judge Plantz for the quick turnaround on this case and putting the skids on further harm to this family. I hope the soon-to-be permanently reunited family gets the support and assistance it needs, and that others who may be in similar circumstances study this cautionary tale and seek real help and support, not the state-facilitated political feel-good baby abandonment solution they will regret.

This seems as good a place as any to add this note.

I know that many find it difficult to believe that some pregnant women are unaware of their pregnancies. I’ve been less skeptical. I believe that sometimes women are in deep deep denial but in other cases they simply don’t have regular pregnancy symptoms or are misdiagnosed.

A good friend of mine was 6 1/2 months pregnant before she was finally diagnosed. She had always been told she could not have children. When she exhibited pregnancy symptoms at least two OB-GYNs guaranteed her she was not pregnant. When she was referred to a specialist in a near-by town, guess what! Since then, I’ve been rather interested in this phenomena and always read articles on the subject when they pop up in the popular press. There is also quite a bit of academic literature on the subject. The truth is, undiagnosed and unknown pregnancy is not as rare as you’d think.

The Learning Channel is currently running a show, I Didn’t Know I was Pregnant. I watched several episodes last week. The women featured don’t appear to be mentally disturbed or in deep denial. They are not baby dumpers or potential dumpers. The simply had little or no reason to suspect they were pregnant. The show’s website features Top 10 Reasons Why Women Don’t Know They are Pregnant, a succinct lay guide to undetected pregnancy.

NOTE: This entry is cross-posted to Children of the Corn.