It’s official! SB 2690, the Massachusetts bill that would have made some adoptees more equal than others, is dead. Outgoing governor Mitt Romney pocketed the bill. Of course, Bastardette, Bastard Nation, MARTA and all those who hold that records access are a right for all, not a whimsical dole-out for some, are thrilled. If this were New Year’s Eve we’d be popping corks. The downside though, is that Romney probably refused to sign the bill for all the wrong reasons. We find it incomprehensible that Romney, an L-d-S member in good standing, believes adoptees deserve anything but a baby buggy in every pot; a parent in every garage.

ABC, (Access to Uncertified Original Birth Certificates) who sponsored the original bill and let it get out of control with apparently little desire to stop it, was strangely quiet in the last few months. Well, everybody was. In the last year countless phone calls, emails, and letters to the bill’s chief sponsor, Sen. Susan Fargo and key Mass leggies went unanswered. Every adoption reform/open records organization, national and Massachusetts-based, that I know of was stonewalled (except for ABC, I guess). Shut out. Even members of the press. Just like our records, the status of the bill was none of our business. SB 2690 wasn’t even on the Massachusetts Legislature webpage so opponents (or supporters, for that matter) could see what the state had in store for them. I don’t know about you, but that’s sure a weird way to run a legislative campaign–especially a campaign that’s supposed to alleviate secrets.

ABC has issued a statement on this “huge step forward” (throwing 34 years worth of adoptees in a black hole). They blow their cover: 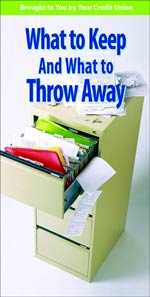 Passage of a bill, which covers access to as many adopted people in the Commonwealth as possible, has been our sole priority since its inception ten years ago!

which covers as many people in the Commonwealth as possible

They were willing to go for less from from the starts. And remember that the original bill, SB 959, was a clean unrestricted bill with so much support in the Joint Committee that committee members virtually shouted down NCFA‘s Lee Allen when he spoke in opposition. I’ve heard stories from impeccable sources of how a good bill went bad. Until I have documentary evidence to back up those stories, I’m not going to post them. I’ll write only from my personal experience or documented sources.

ABC LEGITIMIZES ENEMY ARGUMENTS
Selling out Massachusetts adoptees should be enough to remove ABC from the ranks of adoption “reform.” But it gets worse. Read the ABC faq for the amended version of SB 959 which morphed into SB 2690:

Senate Bill #959 acknowledges an “implied promise” of confidentiality to some birth parents. These birth parents, who relinquished between July 14, 1974 and the present when all adoption records and birth certificates were sealed under Massachusetts law, believed that the adopted person would never have access to a birth parent’s identity.

ABC rolled over. And brags about it. “Implied promises” of confidentiality, debunked years ago by activists, legal scholars, judges, and many adoption professionals–and despite NCFA rhetoric, have never been demonstrated –is now accepted by Massachusetts deformers as “fact.” A lie we have to “respect.” Perhaps ABC will be so kind as to pull out those implied promises and share them with NCFA. Tom and Lee must be high fiving. Do I hear a chuckle in heaven? 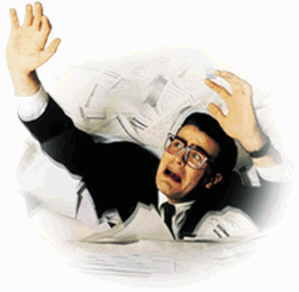 ABC’s statement, says it’s coming back with a new bill. Does the group actually believe it has credibility after this fiasco? What person who ABC so easily tossed in the black hole would believe a word they say? Ever?

ABC likes to say that the “clock needs stopped.” That is, sealed records needs stopped. We agree. But in their attempt to get their name on a bill, ABC, instead of walking away in dignity, was willing to stop the clocks of a generation of adoptees. If they did it once do you think they’d hesitate to do it again?

ABC closes its statement calling SB 2690 “an historical milestone.” More like a millstone dragging Massachusetts adoptees down the river.

Thanks to all who worked against SB 2690 and stood the course for our rights!
NOTE: Over the last 14 months I’ve written extensively on the Massachusetts situation So much, that it’s difficult to put links here. If you want to read more, the best way is to use the Blogger search engine and type in “Massachusetts.” or some other key word or use Google.