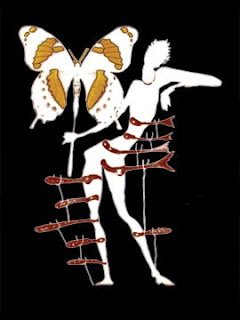 This is a little re-written from this morning’s entry since there is new information now.

According to Todd Landry, spokesperson for Nebraska DHHS, Sunday afternoon a 16-year old girl was dropped off by her mother at Midlands Hospital in Papillion. Landry says that details are still being gathered, but here’s the story the state has released so far. WARNING: We have now entered the Land of the Surreal.

The girl was a ward of the State of Nebraska from September 2007 to March 2008. In March 2008, the Sarpy County juvenile court dismissed the wardship based in part on the mother’s desire to relocate to Arizona, where they had extended family. While in Arizona, the girl was made a ward of the State of Arizona from August 2008 to October 2008. Based on information available so far, DHHS’ understanding is that in October, the Arizona court agreed to dismiss the case at the request of the mother, who desired to return to Nebraska in order to have more support from family and friends located here. The mother and daughter appear to have returned to Nebraska just last week.

Later in the day a friend of the mother’s told KETV-TV that the girl had been “abusive to her mother for years and [had] been involved with gangs and drugs.”

Reports of just how long mother and daughter had been back in Nebraska vary. Some reports claim they flew in Sunday; others say they’d been in the area for a few days.

So, does this mean that the mother got Arizona to dismiss the wardship in order to return her daughter to Nebraska where she could “safe haven” her? According to the press, the girl had formerly lived in the Papillion area and had no idea she was being dropped off. Her mother’s friend says that the mother “had no intention of using the Safe Haven law.” Maybe Mom was just driving by the hospital and had an ephipany that the People’s Republic of Nebraska could take her trouble off her hands.

In the second case, a 16 year old Douglas County boy was left by his father at Omaha Children’s Hospital early Monday morning . No details on this one yet, other than the father refused to talk to the media saying only he wanted to figure out what was next for his son.

Little information is known on #27 other than on Monday afternoon a 15 year old boy was left at Immanuel Medical center by his legal guardian.

And on top of that, this morning’s Omaha World-Herald reports that Monday night there may have been an attempted “safe haven” of an 18-year old woman an Immanuel. The article says:

HHS officials have said that they do not consider the drop-offs of 18-year olds as safe haven cases because the state takes custody of children only 17 and younger.

To see the lot of 18-year olds in Nebraska go here and read what happened to the 18-year old DYI attempt in Grand Island. Too old to “safe haven;” too young to sign a lease or drink; but old enough to vote and be killed in Iraq.

I have updated (and corrected) my Saturday blog, Children of the Corn, (below a little bit) to include these additions. I will continue to update that entry and have added a sidebar graphic and link on the right under “Axis of Evil–Safe Haven”– where readers can easily find updated information.