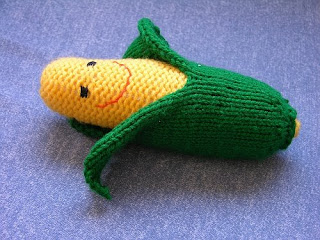 Nebraska DHHS announces that earlier today an 8-year old boy from Wabash, County, Indiana was handed into the beneficient hands of the State of Nebraska at Bergan Mercy Hospital in Omaha. No details have been released. Outside of the anomalous Staton case, this is the youngest child dropped off in Nebraska. He is the 28th dumpee since the law went into effect on July 16, and the fourth this week. (There was also an attempted dro-off of an 18-year old on November 3 at Immanuel MC).

For some reason this case upsets me more than the routine upset of each case. Eight years old. When I was that age I was planning my career as an Egyptologist (obviously, that didn’t work out), reading Miss Pickrel books, and playing one of the Cookie Children in Hansel & Gretel. Even if this child is mentally ill, how must he feel? 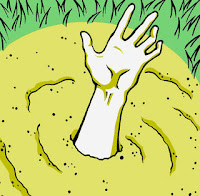 And just when you think it can’t get any worse:
In other news, Douglas County Juvenile Court Judge Vernon Daniels has ordered two 15-year old girls left at Omaha hospitals on October 28 to remain in state custody pending further investigation. The cases are unrelated.

I don’ even know what to comment on these cases other than the trite, some people just shouldn’t breed. From the Omaha-World Herald:

For the first girl, a “big argument” with her aunt led her to being left Oct. 27 at an Omaha hospital.

The girl told a police officer that her mother picked her up from the aunt’s home, where she had lived for 13 months, took her to Creighton University Medical Center and told her to go inside.

“I’m done with you,” the mother said before driving away, according to the girl’s account.

In court, a state caseworker said the girl had been prescribed medication and was in therapy five years ago when she lived with her grandmother.

The girl’s mother didn’t believe the girl needed the treatment. When the girl moved home again, the therapy and medication ended, the caseworker said.

As for the second case:

On Oct. 23, the other 15-year-old girl entered Immanuel Medical Center’s partial hospitalization program. She was hospitalized for psychiatric care during the day and went home in the evenings.

The father was to pick her up at 6 p.m. Oct. 28 but instead said he wanted to invoke the safe haven law, according to court records.

He told police at the hospital the girl needed 24-hour care that he could not provide. In court, his attorney said the girl has “learning disabilities and extreme psychiatric problems.”

Her parents have fought each other for custody in court several times over the years, court records show.

In 1996, the father accused the mother of a history of drug, psychiatric and alcohol problems, while the mother accused him of using drugs and belonging to the Hell’s Angels gang.

They had joint custody, with the girl mainly living with the mother, until 2004, when the mother was accused of abusing and neglecting the girl.

The girl told police that her mother had punched and strangled her, leaving bruises. She also said her mother drank heavily and smoked marijuana. The girl was put in foster care and received therapy and medication for ADHD.

The mother was ordered to take medication and get therapy for psychiatric and substance abuse issues.

A judge gave the father custody in 2005.

The next year, the mother sought custody and child support, saying the girl was living with her. However, the mother never finished pursuing it in court.

The girl will remain in Immanuel’s program until a doctor says she has improved. Her parents can visit her, Daniels said, but she will live in foster care.

On Friday, that’s where the girl celebrated her 16th birthday.

The entire child welfare system in Nebraska–and every other state–is broken beyond repair. Can any more lazier and uncaring solution be found than “safe havens”? Repeal this pieceacrap law now. Everywhere.

And, of course…Dr. Phil weighs in…

Children of the Corn will be updated shortly.