Bastardette has received inquiries about the history of the Massachusetts Adoptee Blacklist aka SB63, Some have wondered how the bill got by them until now. I can’t answer the second question, but I can help with the first.

Below is a list of all the action alerts, testimonies, and commentaries regarding the blacklist that have appeared on The Daily Bastardette since November 2005. While hardly a detailed history of current Massachusetts adopteephobia, (some of that will be published later) it will give you an idea of what went down in the Bay State. I did not include links, since Blogger links go flaky sometimes. It’s also time consuming to make links, and I’d rather develop a relationship with some Buffalo Wings tonight. To read a post–and learn just how hated and feared adoptees are in Massachusetts— just go to the Archives section on the right and click on the appropriate month. 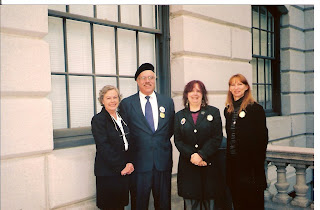 2 Replies to “MASSACHUSETTS TIMELINE: CHRONOLOGY OF A SELL-OUT AS PUBLISHED BY THE DAILY BASTARDETTE”