AB 81, which expands the age that newborns can be “legally abandoned in California fro 72 hours to 10 days,, passed the General Assembly a few days ago. Bastard Nation opposes AB 81. Below is our letter requesting that Gov. Schwarzenegger veto.

Because infants surrendered under SSBA are expected to be placed for adoption, Bastard Nation’s objections to AB 81 focus on how the amended SSBA will affect the civil rights of adoptees, potential adoptees, their birth parents and ultimately the future of ethical adoption in . 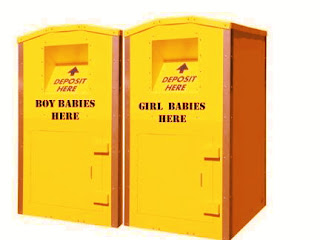 *AB 81 increases the pool of anonymous children available for adoption through unethical and unprofessional practices. It erodes the civil right of adoptees to their identity and heritage. The SSBA establishes parallel child welfare systems, where one system opposes the long-standing principles of the other: informed consent and a full record of identifying information and social and medical histories. SSBA eliminates adoptees’ rights to identity by denying their access to original birth and heritage records.

*AB 81 promotes “legal” abandonment as just another consumer choice for parents. It opens the door to universal “legal” abandonment of children of any age. SSBA advocate, the late Dr. William Pierce, wrote on the Internet newsgroup alt.adoption that he hoped legalized newborn abandonment via safe haven laws would be the first step in legalizing anonymous abandonment of older children because adoption surrender procedures were “too difficult” for some parents .

*AB 81 increases the pool of parents–particularly non-surrendering parents–denied their right to due process by eliminating their ability to locate the dependency proceeding to which they are a party. SSBA replaces professional best practice standards with unprofessional and unethical “non-bureaucratic placement” by letting parents abandon solely for convenience or out of ignorance. It permits one parent to “relinquish” a child without the knowledge or consent of the other–usually the father. The law encourages parents literally to default at their hearings. Supporters call that “proper” and “courageous.” We call it unethical and irresponsible

*AB 81 expands the number of disenfranchised natural parents, encourages unethical behavior, and hides crime. Safely Surrendered and Abandoned Infants in —2002-2006, a study published by the Inter-Agency Council on Child Abandonment and Neglect (ICAN), portrays LA County SSBA-protected parents for whom data is known as mostly poor, overwhelmed, frightened, and ignorant of child welfare practice. A good number of parents in the ICAN report as well as those who appear in newspaper stories throughout the state appear to be undocumented workers, leery of seeking professional assistance. In some states, safe haven laws haven been used to hide statutory rape and drug abuse. 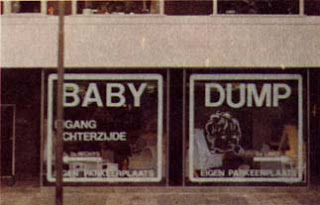 *AB 81 reframes SSBA as a tool to “save newborns” from potentially “murderous parents” to one that permits “overwhelmed parents” to run away from their responsibilities via the drive-by dump. News accounts of SSBA surrenders include stories of clean, immaculately dressed newborns with stuffed animals, baby bottles and blankets, and notes to doctors, left at ERs. In several cases the parent has communicated to the safe haven recipient that they were surrendering the child anonymously out of love or because they lacked resources. Those parents did not feel homicidal, but simply wanted a quick or secret adoption. A few days ago an unnamed couple in , attempted to safe haven their 6-day old son because “he cries too much.” (WHJL-TV, , September 15, 2007). Does anyone actually think this is acceptable parental behavior? If a similar incident happened in under AB 81 the parents would be praised and called courageous.

*AB 81 expands the pool of troubled parents who are denied access to family assistance. Temporary and permanent surrender options have existed for decades and are used by thousands of new parents every year. We have welfare and other programs through children’s services that new parents can use when they lack funds or support. But with SSBA’s “no blame, no shame, no name” policy, parents are kept ignorant of these services and instead are encouraged to make uninformed brutal life-changing decisions for their children and themselves.

Last year Assb. Toricco presented a similar bill, AB 1873, which you vetoed. That bill originally extended the age limited that babies could be “legally” abandoned from 72 hours to 1 year! This proposal was rejected by child welfare advocates, law enforcement officials, adoption reformers, and hardcore SSBA supporters including LA County Supervisor Don Knabe. Assb. Toricco then amended the bill down to 30 days, which was also rejected by them. AB 81 is a last-ditch attempt to let irresponsible parents test-drive their babies. If AB 81 becomes law, how long will it take for Assb. Toricco’s original 1-year timeframe to be enacted? Is the eventual goal to let parents anonymously dump a child who is inconvient or troublesome? 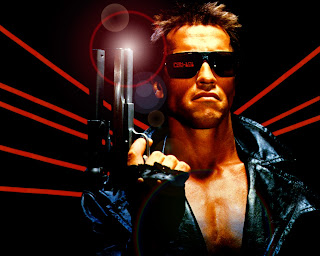 The current 72-hour period contained in statutes allows for a “no questions asked” safe surrender of a newborn and is supported by research and statistics that indicate that most neonaticide occurs within the first day. Some experts have raised concerns about this bill, which I share, that instead of improving child safety, increasing the time that a baby may be surrendered from 72-hours to 30-days, will have the opposite effect, putting newborns in greater risk by keeping them in an unsafe environment without proper care and supervision.

Bastard Nation is the largest adoptee civil rights organization in . We are dedicated to the recognition of the full human and civil rights of adult adoptees. We advocate the opening to adoptees, upon request at age of majority all government documents which pertain to the adoptee’s historical. Genetic, and legal identity, including the unaltered birth original birth certificate and adoption decree.