Sunday, a curious post popped up on alt.adoption from our friends, the Massachusetts Morriseys. It appeared in an ongoing thread on what else but… baby dumps! I’m publishing the post in full, including the prior comment in which a poster discusses the difference between traditional sealed records and safe haven no records.

The difference is that a record does exist with closed adoptions and that the b-mom took some control of how the child she created, bore and delivered was relinquished. There is always the hope that those records will become available to the person they are about.

Once again here’s the record in Massachusetts. All 4 babies safely
surrendered under the Baby Safe Haven law have full medical histories,
and 3 have full family histories. Women are encouraged to give all of
this information at any time as they are fully immune from
prosecution. There’s an ongoing effort to have women return following
a safe haven surrendering to give this info at any time.

We’re not going back to the days of deadly abandonments and heritage
stripping in Massachusetts due to inferior research and ill advised
opinions. We’ll keep Baby Safe Haven.

(If you’d like to read the entire thread you can get alt.adoption through your newsreader or Google Groups. The thread is called “TEXAS – NEWS – Infant handed over at fire station.”)

The Morriseys know jack about adoption (less than I know about video production), so it’s hard to say what they are talking about exactly. What do they mean by “full family history”? I wrote that I found it “interesting” that 3/4 of Massachusetts’ anonymous safe haven cases may actually be “disclosed,” but the Ms response didn’t respond to my response. I did, however, get the usual uppity-assed insinuation some kind of vague ungrateful adoptee activity on my part. All but one sentence of my original post was clipped from their response:

But the state wasn’t facilitating the loss. There’s a huge difference.

The numbers are the huge difference. You know them well. In the 4
years your groups fought the passage of the MA Baby Safe Haven law 6
of 13 babies abandoned died. Of the 7 who either barely survived or
were similar to safe haven surrendered more then half will have no
heritage of medical records because the Moms/Dads are to be
incarcerated/prosecuted.That’s 3/4 of the babies in four years either dead or as you say
“stripped.”

You are calling for the return of those kinds of statistics. And you
have no data or factual reports to back you up. 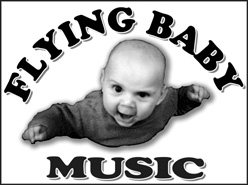 INQUIRING MINDS
Safe haven laws are marketed by the Morriseys and their ilk as a “safe and secret choice” for “desperate mothers” so afraid of being caught in the act of motherhood that they’ll kill their babies unless the government lets them dump and run at an ER or police station. That three out of four Massachusetts dumpers, according to them, took the time to submit “full medical” and “full family” histories–and perhaps even identified themselves–then, doesn’t make a whole lot of sense. These desperate moms sure don’t sound like they’re getting ready to play a game of Toss the Baybee in the alley behind the laundramat. Instead, they’re doing a drive-by relinquishment–or as Dr. Pierce liked to say, “a nonbureaucratic placement.” You know, for those clucks who find the way everybody else does adoption too burdensome. Or maybe they had no idea what they were doing, and nobody was about to tell them. Gotta keep that coffer full. Whatever. Let’s hope these sensitive souls never want to buy a house. As far as I know squatting is still illegal in Boston, but perhaps the Morriseys, John Tobin, Barry Finegold and their socialist jackboots could fix that, too.

If we take the Morriseys’ claim at face value, all sorts of questions arise, the basic being: why bother with anonymity if you’re gonna give it all away? All adoptions in Massachusetts are confidential and closed legal proceedings anyway. How can an anonymous abandonment not be anonymous and still be called anonymous? It’s confusing.

Did the parents (who I assume are all mothers) receive professional counseling?

Were parents informed that all adoptions are confidential?

Were fathers identified? Or even involved?

Were the dumpers really potential killers who blackmailed the state into negotiating with them?

Were these cases genuine safe haven relinquishments or run-of-the-mill hospital abandonments flipped into the safe haven pot to cook the stats?

If the safe-havened are not adopted, will they be able to access their birth records, including identifying information? They can’t’ go through life being called Baby Girl Dumped or Baby Beacon Hill. (Or maybe they can!) Will the safe-havened-but-not-adopted be denied an official identity?

What exactly is a safe haven in Massachusetts–not what the laws reads, but how it’s practiced?

Why do the Morriesys know so much about these cases if all information is embargoed by the state? Shouldn’t their kitchen table hotline gossip be “confidential”? Oops! I mean anonymous! Did the Ms or their hacks in low places tunnel their way into the file room and grab the files? Is there a mole in Farnsworth Street?

SAFE HAVENS ARE THE NEW SEALED RECORDS ONLY BETTER
The National Council for Adoption has made no secret about its safe haven interest: secret, sealed adoptions. Here’s a snippet from NCFA’s press release after the Evan B. Donaldson Adoption Institute issued its Unintended Consequences report in 2003:

The strongest opponents of Safe Haven laws are the same activists and academics who advocate eliminating the option of privacy in adoption. Highest on their agenda is allowing adopted persons to open confidential adoption records unilaterally and retroactively without the knowledge or consent of birthparents, despite the birthparents’ having been promised privacy at the time of their placements. Among the Donaldson Institute’s top priorities is “educating policymakers and the public about the importance of giving adopted people access to information about their origins.” Because Safe Haven laws allow women to relinquish their newborns anonymously, these opponents see the laws as a new threat to their agenda of opening all adoption records.

What’s so amusing about this all is that although NCFA has stated repeatedly the purpose of safe havens is to maintain the sealed records status quo for industrial moneymuckers, the Morriseys and their friends deny it. Barring the possibility that the entire safe haven pack is illiterate, why do they continue this charade? NCFA president Tom Atwood is the president of the National Safe Haven Alliance and the Alliance operates out of NCFA’s address in Alexandria. How hard do wannabe social workers need be hit in the head before they figure out this is not about baby saving, but manipulating adoptee identity, keeping bastards in their place, and maintaining a closed unaccountable adoption system.

At least NCFA is honest about that it’s up to. What the rest of the pack chewing on?

7 Replies to “MASSACHUSETTS: POTENTIAL KILLER MOMS TAKE TIME OUT TO TURN IN MEDICAL AND SOCIAL HISTORIES?”