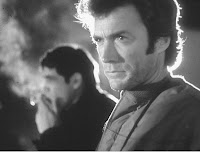 Maybe he shoulda been safe havened.

From the Make My Day department:

According to police reports, officers arrived at Morrisey’s home after her juvenile son called 911 June 4. Morrisey allegedly threw a drinking glass which hit her son in the head. He was treated at Winchester Hospital for a one-and-a-half inch cut.

Morrisey was arraigned June 5 at Concord District Court and was released under the condition that no further abuse occurs.

Michael Morrisey, Jean Morrisey’s husband, said their son was “released back to our custody in a matter of hours.”

According to the police report, a nurse at Winchester Hospital recommended the juvenile spend the night in the hospital’s care. The report also said the original argument between mother and son started over a bottle of shampoo.

Baby Safe Haven New England is an organization to promote the baby safe haven law, which was enacted in Massachusetts in 2004. The state baby safe haven law allows women to drop off an unwanted child at a hospital or police or fire station within seven days of its birth without the fear of being punished or having to give their names. Supporters say it limits the number of cases in which nervous mothers abandon unwanted children, leaving them to die.

Baby Safe Haven New England I’m gonna make sure that journalistic rag pays for what they have put my son through, breaking HIPPA regualtions regarding a minor, Just how low does it get?!!!

This was edited from an earlier header:

Baby Safe Haven New England I’m going to make sure that one journalistic pig pays for what he is putting my son through!!!

Life sure is sucky when you’re no longer a media darling.

Adopted Jane has also blogged on this.