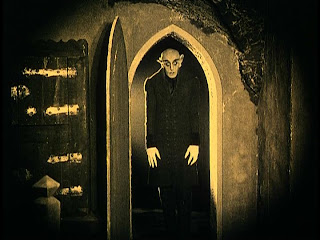 Surprise! Adoptee viewpoints ignored! Ever wonder what the Chicago Trib, AP, and USA Today think about us? 73adoptee deconstructs adoption media coverage and shows us just how much our voice DOESN’T count in the press with Media Bias in Adoption Reporting. Here’s one of my favorite lines:

It says a lot about our society that childless couples get church fundraisers to buy a kid, yet adult adoptees and their birth relatives are all but silenced.

But, what’s to be surprised at? As forever children in forever families, we selfish bastards don’t exist. Back in 1996 or `97, Trib editor Bruce Dolt… er, I mean, Dold… called us adopted children over 15 times in an editorial denouncing our right to access our own birth records.

Speaking of media. Check out Ann Wilmer’s marvelous Adoption Beat (not from the darkside!). Wilmer, a journalist, J-school professor, adoptee, and activist (Green Ribbons) has launched a great blog to discuss the media and adoption. We have a lot of work to do, and this can help us!

Enna Barreto update. Down in New Albany, Mississippi, Marianne Torres, 17, has been charged with capital murder but as of this writing, not arrested, in the death of her adopted sister Enna Barreto, 2, who died of blunt force trauma to the head. Torres’ mother Janet Barreto and stepfather Ramon Baretto original suspects in the death, remain slammerized on $350,000 each, charged with child endangerment. The Barretos claim that Enna fell from a shopping cart. Still no word from ICE on the legal status of several other Barrato “adoptees,”and virtually no comment on how puppy mill operators living in a trailer were able to “adopt” seven children from Guatemala.

Just what we need! Another adoption trade association. According to a press release, out of Waco, Texas, “In an effort to withstand the growing pressure on small and mid-sized adoption agencies to cut services or close their doors” (think The Hague agreement) “nine Christian adoption agencies have joined together and created the National Christian Adoption Fellowship.” Chairman Herbie Newell crows, “Not only will the fellowship revolutionize adoption in the United States, it will serve as a wonderful example of cooperation to our partners around the world.” How they hope to revolutionize adoption isn’t exactly explained. Sounds more like a syndicate to get around rules to me. 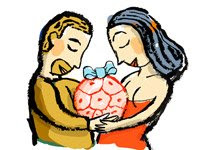 Rather than link each agency here, go over to the National Christian Adoption Fellowship website and nose around. You can find links to each member here. I’ll be digging into them later.

Bastardette
Signing off from the darkside

5 Replies to “DISPATCHES FROM THE DARK SIDE”