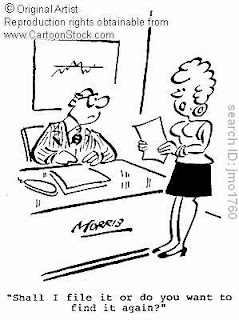 Today I had to renew my driver’s license.  I say “had” because my license expired on my birthday a couple weeks ago, and although Ohio gives a big grace period in renewal, I want to vote in tomorrow’s state election..  I  was afraid, the way Ohio runs its crooked vote, that without a current’ “proof of identity”  I’d be forced to do a highly questionable “provisional ballot.” (I suspect that expired legal IDs are invalid so the self-perpetuating state can dun you–in this case $22.00– for another ID that will eventually expire so the state can dun you again..)  While I generally believe that  the fix is in, and voting is a waste of time, there is no way I’m going to not put my X where my mouth is and vote against Issue 2–Gov K-sick’s attempt to bust Ohio public unions.  (For a good breakdown of what K-sick is up to read Bob Fitrakis and Harvey Wasserman’s latest on the measure, Will the !% steal Ohio’s labor rights referendum?  It can happen in your state, too, and it’s about a lot more than unions.)

But I digress.  According to the Ohio BMV  webpage, since my license expired less than 6 months from  the date of the new application, all I had to show for ID is the expired license.  Well, as someone who doesn’t believe what the state says on any of its official webpages (why would anyone?), I wanted to cover myself.  So, I went on a search  for additional ID documents including my birth certificate–the amended one that is.  It’s in my adoption file with my obc and court records.

Not surprisingly, I couldn’t find it anywhere, though I KNOW I saw it recently. In fact, I make copies of both certs all the time for propaganda purposes.  I went  through all of  my “family history “files. I have bio and adoptive parents birth, death ,and marriage certificates,  certified copies of Mama Dot’s kids’ obcs, a couple hundred genealogy documents from all four sides. But no adoption file.

This is not the first time I’ve lost my adoption file. It’s the third or fourth time.  The first time it was lost for four years and then just showed up where I’d swear I’d looked a dozen times. I’m lucky, that as a pre-1964 Ohio Bastard  I can get my OBC for the asking, an affidavit, and $20.00. Outside of my OBC being a precious document, I am also one of two Ohio adoptees that I know of, who have a certified copy of their OBC.  My original OBC was sent to me certified by  the Lucas County Probate Court.  The second copy of my OBC , which I ordered from the state after I “lost” the original file, is not certified.

(NOTE:   If you  were born in Ohio and are eligible for your OBC, try to get it from the country first. You may get a better deal…and a better copy.  For that matter, even if you aren’t eligible try the county anyway.  You never know.  There may be a clerical error that left your cert open.  It happens occasionally.)

This continual loss of  my adoption documents, brings up a bigger question.  Why do I keep misplacing the adoption file?  Granted it’s easy to lose a file in my house . I have 10 filing cabinets of “adoption research” and another 12 large plastic bins of “safe haven” research.  Then there are piles of paper, c 2005-current  that need officially filed, not thrown in Xerox boxes.

So, does this continual loss mark some psychological disturbance over adoption–my way of being not adopted or just bad housekeeping?   Do other bastards lose their files?  I know the file will turn up again, but I want it now.

As for  the drivers license, Ohio renewal can be  easy (so far!) operative word can.  I’ve talked to adoptees (and others) who for various reasons are forced to hula through 10 hoops.  Outside of standing in line the whole thing took about 10 minutes. It was almost like not being adopted.

3 Replies to “Losing My Adoption File”