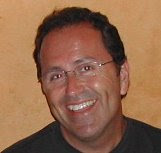 I’ve written both in OBC access testimony and blogs about  my concern that  due to Draconian measures such as Real-ID and proposed passport regulations  bastards without original birth certificates are in danger of losing the right to run for public office and even to vote (among other rights.). Without that all-important ‘breeder document’–and yes, that’s what birth certificates are called —it is nearly impossible  to establish all other identity documents and entitlements.  It hasn’t come to banning adoptees from running for office or voting  yet,  but…

an  adoptee running for office in Kansas has fallen victim to dirty tricks over his adoption and his “secret past.”.

Monday the Huffington Post reported that  the Kansas Republican Party recently sent out a mailer (see it at the link) to voters attacking Democratic state senate candidate Keith Humphrey, a former actor and screenwriter  now operating four aerospace-related companies in the Wichita area.

What can Humphrey be hiding? . A string of drug convictions?  Is he on the run  from five ex-wives or  nine years of back child support?

No, nothing that exciting or mundane.  See, when he was 11, Keith Humphrey  was adopted  by  his stepfather and his name was changed from DeSoto to Humphrey.

…Humphrey told HuffPost that he isn’t hiding anything and that he changed his last name from DeSoto to Humphrey] at the age of 11 when he was legally adopted by his stepfather. When he began screenwriting in California, he said, he used the DeSoto name as a pseudonym. As for those business subsidiaries, Humphrey said that when he was reunited two years ago with his biological father — who did not know his son had been adopted — Humphrey wanted to find a way to honor that relationship. He added that the subsidiaries have created jobs.

Kansas Democratic Party Chair Joan Wagnon called the ad “a new low” because it attacks Humphrey for being adopted.  “”This is  is a sad, desperate mail piece that seeks to play on people’s worst fears and prejudices,” she said in a press release.

This is particularly offensive to me because I once served as Executive Director of the Kansas Families for Kids, an adoption project whose mission was to find homes for children.

You’d think attacikng a candidate for being adopted  would be enough to shame family values dirty tricksters  but it’s not. . 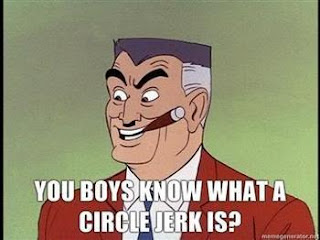 Clay Barker, executive director of the Kansas GOP, said although the party hadn’t known  the circumstances of Humphrey’s  name change, the mailer was “factually true” and justified. because  Democrats were  running negative campaign ads against Republicans (llike the one showing a GOP candidate being hauled away in handcuffs.)  Put- upon Republicans were only defending themselves from unscrupulous aggressive  Dems. So when A beats up B it’s OK for R to smack around K .As far as I can tell, Humphrey wasn’t  running negative ads. He’s just collateral damage.  No wonder everybody hates the 2012 campaign. If the only bad thing that can be said about a candidate is that he’s adopted, then he must be electable.

I’m no stranger to party politics . I’m skeptical that  Barker and his crew  didn’t know about Humphrey’s adoption. .Even if they didn’t, there is no decent justification for refusisng to retract or apologise for the mailer other than the current brand of pseudo-Republicans don’t do those things..

Politicians pimp adoption and adoptees to push agendas such as outlawing abortion  that have nothing to do with us,  Conversely, those issues that do have something to do with us– records access, safe haven: laws, and Real ID-type laws–are ignored by them since they interfere with the adoption myths they  so love–not to mention pissing off their owners.  Accustomed to bashing  bastards and adoptees in the halls of the leguslature, they now find it acceptable to spread lies to the electorate suggesting that the adopted–even the adopted lite–lead perverse lives and carry dark secrets.  Next time one of thse “authorities” calls you anti-adoption when you demand yor rights be restored, ask him or her who is anti-adoption.  The adoptee who wants the rights or the politician who attacks an opponent for being adopted?.

I think I’ll have more to say about this later.

The  Kansas City Star also covered the dust-up and other negative ad cases.

One Reply to “Kansas: Adoptee Attacked by Political Opponent for Being Adopted”