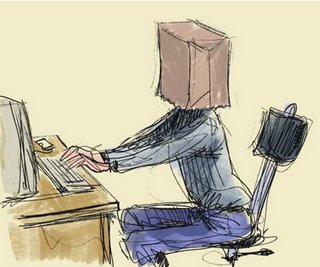 It seems to me I’ve heard that song before
It’s from an old familiar score
I know it well, that melody…
….Jules Styne, Sammy Cahn

Yesterday’s Washington Post features two articles on anonymous donor insemination that cut to the heart of the “choice” Melissa Etheridge and Tammy Lynn Michaels made to erase half of their twin’s heritage for their own convenience. The articles are way too long to paste in here, but I’m posting excerpts. My remarks follow them.

In My Father was an Anonymous Sperm Donor 18-year old Katrina Clark writes about growing up as a self-described “freak” and the search for her donor:

I was angry at the idea that where donor conception is concerned, everyone focuses on the “parents” — the adults who can make choices about their own lives. The recipient gets sympathy for wanting to have a child. The donor gets a guarantee of anonymity and absolution from any responsibility for the offspring of his “donation.” As long as these adults are happy, then donor conception is a success, right?

Not so. The children born of these transactions are people, too. Those of us in the first documented generation of donor babies — conceived in the late 1980s and early ’90s, when sperm banks became more common and donor insemination began to flourish — are coming of age, and we have something to say.

I’m here to tell you that emotionally, many of us are not keeping up. We didn’t ask to be born into this situation, with its limitations and confusion. It’s hypocritical of parents and medical professionals to assume that biological roots won’t matter to the “products” of the cryobanks’ service, when the longing for a biological relationship is what brings customers to the banks in the first place.

We offspring are recognizing the right that was stripped from us at birth — the right to know who both our parents are.

And we’re ready to reclaim it.

…I really, truly would never have a dad. I finally understood what it meant to be donor-conceived, and I hated it.

…Those of us created with donated sperm won’t stay bubbly babies forever. We’re all going to grow into adults and form opinions about the decision to bring us into the world in a way that deprives us of the basic right to know where we came from, what our history is and who both our parents are.

The second article It’s All in the Genes, Except When It Isn’t Liz Mundy, a WaPo reporter and author of the forthcoming book Everything Conceivable: How Assisted Reproduction is Changing Men, Women and the World writes:

Is gamete donation like adoption? “I’ve always looked at this as adoption that is run by the medical profession,” says Bill Cordray, now in his 60s, who is part of a group of donor offspring agitating for the right to know their donors’ identities, arguing that people denied that knowledge are unable to understand themselves. Accepting this argument, some countries, such as Britain, have banned anonymous donation.

But in the United States, many egg and sperm brokers disagree. They point out that adoption involves the grief of relinquishing an actual baby. In donation, nobody’s relinquishing. Everybody’s happy. What a child needs, they say, is not a relationship with the genetic parent, but a coherent narrative about the way he or she was born. 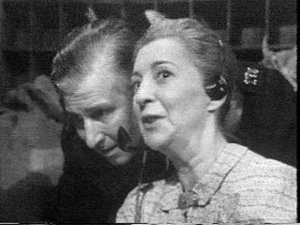 WE’VE HEARD THIS SONG BEFORE
According to Liz Munday, donated sperm is used in 800,000-100,000 inseminations each year. In 2003, at least 15,000 IV procedures took place in which a woman’s eggs and a man’s sperm are united in a petri dish with the resulting embryos transferred into a uterus. She says that this number increases 20% annually. Moreover, over 1000 babies each year are born via surrogacy. And what about those lucky Snowflakes?

I don’t know about you, but to me that’s a lot of “genetic bewilderment” left to wander loose in the streets. An occasional turkey baster between friends is one thing, but this is serious commercial transference of body fluids and products between strangers. (How much money is floating in the Dixie Cups and uteri of the desperate and childless?) How many fruits of this misalliance will ever know that they are the products of biological jerry-rigging ? That they aren’t who they think they are? My bet is a lot.

The reaction to Katrina’s Clark dissatisfaction with the documentary erasure of half her genes gives us an idea. For those of us who are adopted, of course, the cudgels pounding Clark’s head are familiar. We feel your pain, Katrina!

Dozens of readers have sent messages to the WaPo site calling Clark selfish, ungrateful, whiney, narcissistic, immature, snarky, bitter, angry, entitled, a brat, and a self-made victim. Clark should just shut up. She should just be grateful to be alive. (I guess she could have been aborted.) She was chosen. She should give daily thanks that she was planned lovingly by a selfless brave mother blazing the way for countess husbandless women who wanted babies and couldn’t find men to marry them–unlike those selfless brave husbandless mothers who were sent away by their families and rendered cheap and disgraced and surrendered their also wanted babies to adoption because their men got outta Dodge when the bump popped up. How one woman is welcomed, the other shunned, isn’t discussed, perhaps because the “good mother” didn’t have “illicit” sex to procreate. And this brings up a question for another day: what exactly is a bastard? Why is one variety–damaged goods– shamed by the state; the other–approved USDA prime– promoted as a miracle of modern science, And why areboth condemned to historylessness so other people, as the “official” story goes, can feel good about themselves and be protected from us? 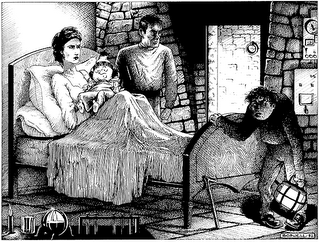 Children don’t need fathers–or even knowledge of fathers– to hear the busybodies talk. Clark’s purposeful conception via anonymous donation to the sperm bank is no different than a one-night stand. Clark should be grateful her father was anonymous rather than on the premises every day committing rape, murder, abuse and general male mayhem on her and her mother. Plenty of kids are reared in 1-parent homes. What’s her big deal? Some complain that Clark loves her mother too much; others that she hates her. A few claim she hates her father. A desire for genealogy, according to these geneophobes is comparable to getting caught shoplifting. Clark is advised to take up volunteer work with orphans, the elderly or the disabled to appreciate what she’s got. Or how about a stint in a third world country? Clark needs a boyfriend. And, of course, the clueless question: “How would you like it if you’d never been born?”

One writer opines “There are children of adoption that never know any of their roots, and yet grow up to be functioning members of society,” implying Clark’s desire to know the male half of her heritage, renders her dysfunctional. A pop psychobabbler surmises that if Clark were older she’d be “self-absorbed to the point of psychosis”–but cuts her a break since she’s a “donor child” who is to young to know any better.

Another expert accuses Clark of being a home wrecker, barging in on her sperm donor–despite the fact daughter and father were connected through a mutual consent registry and are quite happy to know each other.

A self-appointed literary critic lectures that the commentary is a “work of fiction with a political end.”

What all this indicates is a particular American fear of biology, biological connections, and identity rights and a privileging of reinvention, anonymity and untruth when it comes to “alternative” family building. This, of course, begs, the question, if it’s’ so great why hide it?

Adopters, hoping to avoid pesky birthparents increasingly acquire children in foreign countries; sealed birth certificates are the norm in the US; adopted persons who demand their rights are vilified, infantilized, and demonized by special interests. The grown-ups–adopters, high tech repro recipients and their attached industries–pay the bills/collect the bills and consequently control our information with threatening terms like “privacy,” “confidentiality,” and gratitude. How dare anyone question the wisdom or received social engineering! Our heritage, genealogies, histories, names and biological connections are their business–not ours. Be grateful. Shut up. And don’t forget to choke down your strained carrots. They’re good for you. 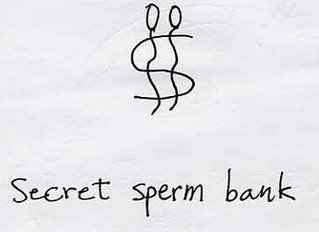 We all have histories. Anonymous donor/high tech repro is not, as some WaPo posters claim, the same as a one night stand. Unlike a chance roll in the backseat, assisted reproductive technology (ART) is a thought-out, well-planned paid-for medical procedure used to fulfill the egotistical needs of adults to “parent ” without the intrusion of the child’s progenitors, even in the spectoral form of a written record. Purveyers of anonymity reject the right of identity by erasing identity. If it doesn’t exist, how can it be regained?

The only difference between anonymous ART and sealed adoption records is that with adoption there is, in theory, the opportunity for the adopted to access information about themselves at some future date. Most of those created through ART in any of its forms do not and will not have that opportunity outside of a few mutual consent registries or the handful of cyrobanks that offer identified donation up front and far-sighted customers who oblige.

The personal attacks on Katrina Clark are the same attacks adopted persons duck every time we step forward to demand our identities and genealogies. Most of the posters seem to have no connection to genetic identify theft. Few identify themselves as ART recipients or products, adopters or industry shills. From their tone, most are clueless to the issues they address. They “just know.” Yet their anger is vicereal, their reaction to Clark mean-spirited, nasty, and personal. It’s puzzling, at least to me, since it’s not about them. Why do they care? Do we dis-identified adoptees and ART products threaten them that much? 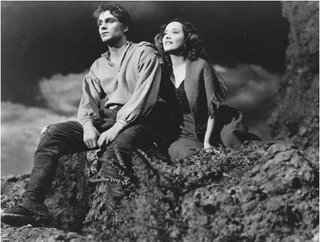 The public, it appears, fears we disconnected mysteries of nature and law. Is it because we are the products of unnatural reproduction? Of sticky sex and non-sex? Adoptees: the perceived unplanned, inconvenient, unwanted products of illicit messy sex between impulsive people who can’t keep their pants on. Anonymous donor conceivees: the planned, paid-for, wanted products of a ritualized sterile medical procedure between doctors and women who can’t get their pants off (some of them, at least)? We, the weird sex products of these unnatural producers are anomalies, disconnected from our genealogies, free-floating in a world where genetics, kinship, and identity count–except when they don’t. Perhaps we touch some inner horror in them. Perhaps we represent their own fears of mis-identity. Are we the unknowing monster within?

17 Replies to “I’VE HEARD THIS SONG BEFORE: IDENTIY-BASHING AND THE TRASHING OF KATRINA CLARK”