It will hit Governor Mitt Romney’s desk for his signature in the next few days.

Call or fax Governor Romney IMMEDIATELY and urge him to
VETO SB 2690.
(Contact information below)

A little over a year ago SB 959, a bill that restored the right of unrestricted access to the original birth certificate to all Massachusetts adoptees, had the overwhelming support of members of the Joint Committee on Families and Children who called it a “no brainer.”

After a favorable hearing, in which some committee members literally told the National Council of Adoption’s Lee Allen during his opposition testimony to shut up, the committee went silent.

The bill, with the support of certain “adoption reformers” was amended repeatedly and quietly, until the right of all Massachusetts adoptees to receive their birth record was reduced to a favor for some. The bill number was changed twice, and the newest version, as late as the first week of December, was not posted on the Massachusetts Legislative website. Repeated phone calls, emails, and letters from those not in the inner “reform” clique– including in-state Bastard Nationals and members of MARTA (Massachusetts Access Rights To All)–to key legislators and sponsors to learn the content of amended bills and their status went unanswered with one exception.

On December 26, 2006 the newest version of SB 959–now called SB 2690– passed the legislature. SB 2690 tosses a substantial number of Massachusetts adoptees, based solely on their date of birth, into a black hole without the same right of identity as everyone else born in Massachusetts:

(2) Adopted persons born in Massachusetts between those dates cannot access their original birth certificates without a court order as under current law.

The bill also establishes a voluntary state-operated “contact information registry”–an apparent sop to blackholers, who will be forced to enroll in a government program with the hope that an obc might be forthcoming if their birthmother consents.

The bill contains the unintelligible section:

SECTION 4. Said section 13 of said chapter 46, as so appearing, is hereby further amended by inserting after the word “record.”, in line 171, the following sentence:- Evidence contained in the adoption record of a birth parent’s willingness to provide information about her identity to the adopted person shall, except in extraordinary circumstances, be considered sufficient evidence to warrant the granting of an order for release of the information contained in the original birth record.

We believe this means that if the birthmothers (apparently dads don’t count in Massachusetts) of adopted persons buried in the black hole file a “permission slip” in their adoption files, those adoptees will be allowed to receive their obc –but we’re not sure!

Bastard Nation: The Adoptee Rights Organization opposes legislation that denies any adult adoptees access to their own original birth records on par with all other citizens. SB 2690 grossly discriminates against adoptees. Those born between July 16, 1974 and December 31, 2007 are not only treated differently from the non-adopted, but differently from those adopted before or after those dates. By creating this restricted class of adopted persons, promoters of the bill legitimize disproved arguments by the National Council for Adoption and other adoptee rights opponents of “implied promises” that original birth certificates would remain sealed records.

Adoptee access to original birth certificates is a basic human and civil right. The State of Massachusetts should not be in the business of denying adult adoptees access to their own birth certificates–and certainly not in creating classes of have and have-not adoptees based on age. What makes some adopted persons more worthy-or dangerous–than others? Why are some granted “special rights” status?

The tiered access system established in this bill perpetuates the violation of adoptee rights by making unaltered birth certificate access a privilege bestowed by legislative whim. Passage of bad legislation in Massachusetts could easily undermine efforts of dedicated reformers who are holding the line for adoptee rights in other states. What happens in one state impacts what other legislatures will consider.

Massachusetts SB 2690 is an insult to every adopted person in Massachusetts, the US and Canada. It is an abomination in light of the restoration of the right of records access to all persons adopted in Oregon, Alabama, and New Hampshire. Adult adoptees and all who support adoptee rights should stand united for unrestricted access laws and not sell out just to get a bill passed to “stop the clock” so some adoptees get their records while others are denied them. History shows that no state with a tiered system will grant access to blackholers later. SB 2690 is unethical, unjust, and makes no sense.

Please call or write Governor Romney today to urge him to do the right thing: VETO SB 2690. 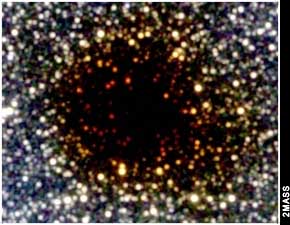