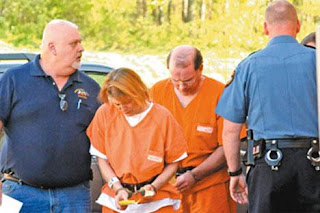 Russian media reports that the Russian government is ready to charge US citizens Michael and Nanette Craver with murder in the death of their adopted son, Ivan Skorobogatov, (Nathaniel Craver) 7.  Two months ago, the couple, originally charged with homicide (with aborted death penalty specifications), conspiracy and child endangerment, was found guilty by a jury in York County, Pennsylvania, of involuntary murder  Last Friday,  they were sentenced to 19 months time- served  while awaiting trial, and placed on five years probation.  An autopsy  revealed Vanya had 80 external injuries, including 20 to his head and suffered from malnutrition.  He died after being taken off life support. Incredibly, a jury bought the Cravers’ defense that Vanya died of repeated self-inflicted injuries and mutilations.due to FAS,  See, the Forever Couple  simply neglected to care for him correctly!

According to an ITAR-TASS story filed on November 21 the Cravers have been (or will be) placed on the INTERPOL Wanted List. As of this writing they are not on the INTERPOL online database, but I’ll keep checking.

The Russian Investigative Committee charged in absentia the Craver spouses with murder accusations of Vanya Skorobogatov in the US and puts them on the international wanted list through the Interpol.

“Today the main investigation department of the Russian Investigative Committee accused the spouses Michael John and Nannette Louise Cravers under Article 105 Part 2 points v and zh for murder of an underage child, which was in the hopeless position, by a criminal group,” spokesman for the Investigative Committee Vladimir Markin said. “The detectives found that the spouses, which adopted a Russian citizen Vanya Skorobogatov, killed him.”

“The relevant documents were submitted in the Interpol National Central Bureau under the Russian Interior Ministry, on the basis of which the accused were put on the international wanted list in all Interpol member-countries seeking to find the place, where they are staying, detain and extradite them for the investigation in Russia,” he said.

Even more interesting,  the Cravers are scheduled  to be tried  in the Basmanny District Court of Moscow the afternoon of November 28. for Vayna’s murder in absentia

Neither the INTERPOL request or the trial in abstenia comes as a surprise  As soon as the Craver verdict came down, Russian officials threatened to “take action.”  The day before the Investigation Commission filed charges against the Cravers,  Russian Foreign  Minister Alexander Lukashevish  blasted the verdict and the US justice system: 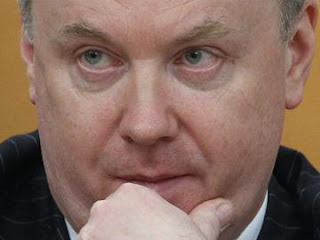 “The Cravers who tortured to death the seven-year-old boy were released after having spent only 18 months under arrest. The court sentence is amazingly and flagrantly irresponsible,” he said.

“The attorney insisted on the capital punishment. He said that Vanya’s death was the fault of his adoptive parents. They brutalized the child, brought him to exhaustion and inflicted a heavy head injury on him that proved to be fatal,” Lukashevish said.
“Much more severe sentences are passed on Russian citizens who stand trial in the U.S. on the suspicion of criminal intents. This fact does not create assuredness that U.S. court hearings of other humanitarian cases will be unbiased. That does not help the development of the bilateral human rights dialog,” he said.
“Hopefully, the entry into force of the bilateral agreement on cooperation in inter-country adoptions, which is ready for ratification, will drastically change the position of Russian children adopted by U.S. families and make such outrageous situations impossible,” Lukashevich said.
(The Russian Foreign Ministry website,  (from which this quote it taken, isn’t downloading, in either its English or Russian version) so I’m using the English-language ITAR-TASS version.) 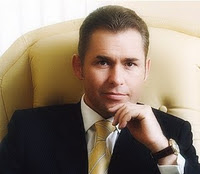 Prvada, in a follow-up report to the November 21,  ITAR-TASS release says that  Russia’s Ombudsman for Children’s Rights, Pavel Astakhov, has discussed (at what length goes unreported) the case with US Secretary of State Hillary Clinton and US Attorney General Eric Holder. Astakhov reportedly tweeted, ( I can’t find Astakhov’s Twitter account to verify)  “I believe Clinton must take Ivan’s case under special control and attain justice.”

Pravda also reports that Astakhov told Holder that “prosecutors must appeal the sentence.”
Of course, that won’t happen, and Astakhov. who holds a doctorate in law from Pitt, knows it.  He is very good at what he does and never says or does anything without a good reason, He knows there is no way the Russians or INTERPOL can  execute a warrant on the Cravers since the murder–and it was murder–occurred on US soil. .The show trial next week–we know how that will turn out– in Moscow is the only trick the Russians have to show any kind of justice, real or otherwise, for Vanya.  It also makes  a point to the US that murder has consequences, even if they may turn out empty.–but not as empty as the farce in York.  Ultimately, as all adoption politics, it’s just kubuki.  This play is just on the grander scale of the international stage. The good part, though,  in my opinion, is that this play, while dirtying America’s adoption’s nose in it’s own shit,  will also make it impossible for the Cravers to ever adopt again (if they would dare try) and gives Vanya’s twin sister Dasha, now in care, a good shot at staying out of the Cravers’ clutches. Forever.

Go to the righnad sidebar of Nikto to find more links to Vanya.