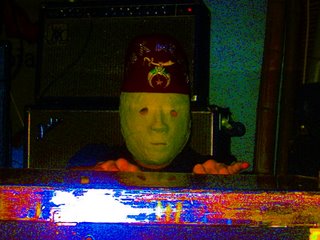 Lately the media as been abuzz over sperm donors. Kicked off in large part by Mary Cheney’s announcment of impending motherhood-by-donor insemination followed by Katrina Clark’s Washington Post op-ed, there’s been a steady stream of articles, commentaries, blogs, and forum discussions. Scientific American, The Pittsburgh Tribune-Review, the Washington Blade, NPR’s Talk of the Nation, Bay Area Indy Media, and of course, Salon, have all paid their two cents to get into the freak show.

In Kansas, a sperm donor is suing a lesbian couple to have the right to play a role in their twins’ lives. An Ontario court last week granted parental rights to the other half of a lesbian couple; thus, recognizing her, her partner (the biological mother) and the friend who donated his sperm, (he is listed on the birth certificate), as the 3 legal parents of the child.

Even the NRO’s normally abhorrent David Frum, weighed in rather reasonably for once:

The sperm donation industry exists only because the government agrees to enforce the contracts that make the whole thing possible. The man sells his paternal rights for $25 or $50; in exchange, the woman disclaims any right to support – and through this contract, the ensuing child is cut off from any rights to her father’s care. This in a country where (as my AEI colleague Sally Satel points out) it is illegal to sell a kidney.

The best comments, in my opinion, though, come from long-time birthmother rights and adoption reform activist Lorraine Dusky. Published in the obscure Sag Harbor Express on January 4, Dusky’s commentary, which deserves wide distribution, Mary Cheney’s Baby Will Someday Ask: Who is My Daddy? (click on title) nails down the “rationale” of genetic anonymity through ART.

If love were truly all that mattered, Mary Cheney wouldn’t be having a baby at all. She would have found someone to adopt. Maybe not a white infant of high intelligence and good health, since they are a scarce commodity in the baby business today-but certainly she and her partner could have found an older child that needs love and the finer things in life that their money and connections can buy.

No, for Mary Cheney, genes matter. It’s her DNA that she wants carried to the next generation. The attitude is: genes do matter; except when the adults decide they don’t. But note bene: it is not the origin of their own DNA they’re saying doesn’t matter. It’s someone else’s.

Genes matter. Knowledge matters. Heritage matters. Love is not enough. Love does not answer questions. Love does not give one a sense of being a whole human being, the way answers about the most basic question–Who am I?–can. 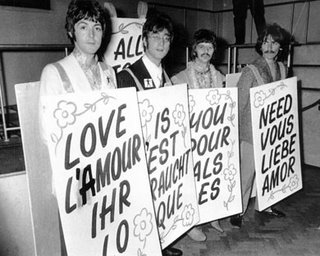 LOVE IS NOT ENOUGH
I hope that every person entering into adoption or ART has pondered the questions of knowledge, identity, and love, how they braid through the lives of the documentary displaced and genetically engineered, and how as parents they will address them.

Nine years ago when I was doing some Bastard Nation outreach I had an interesting talk with a woman who had adopted an older child from foster care. I have thought back on that conversation freuquently. A couple years earlier he’d been removed permanently from his parents care and separated from his siblings due to abuse. The social worker told the new mom that love would fix it. It didn’t. Abuse, while an issue, was not the over-riding problem. He grieved the loss of his biological family and, who he had been. . By the time I heard this story, the boy was in his early teens. His adoptive mother had been able to fill in the blanks age-appropriately (thanks to “accidentally“ acquiring a detailed history), and she hoped he could meet his original family–or at least his siblings–when he felt ready, which he wasn‘t then. She believed the loss of who he was and would have been would always haunt him, no matter how well the adoption worked. And it was working well. She described it like this: imagine coming home one day to find your house empty. The furniture is gone. The carpet’s been pulled up. Your family is gone. And you’re told to never think of that old house. It and everything in it didn’t exist, though you know it did.

This mother knew what many recipients of genetic anonymity know: where we come from–our stories– is important. To have that information purposefully taken from us through statute, public policy, or by somebody’s “choice” is wrong.

As Lorraine Dusky writes, “The stories may not always be uncomplicated. And the conclusion may not always bring a happy ending. Relations may form, or they may not. But the story and the history will be uniquely theirs. Life will no longer revolve around a question.”

Why would anyone want us to live with those questions?

Why would anyone want us not to know our stories? Our answers?

3 Replies to “LOVE IS NOT ENOUGH: COMMENTS ON LORRAINE DUSKY’S "MARY CHENEY’S BABY WILL SOMEDAY ASK WHO IS MY DADDY?"”