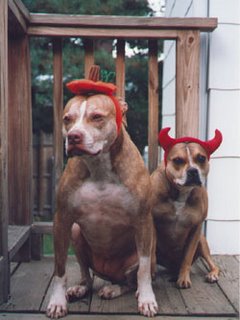 S 1067 is not an unconditional access bill, but contains a disclosure veto AND weirdly a contact preference form, provisions for counseling referrals and intermediary services and a whopping $90,000 media fund to advertise the new law. I have great respect for the NJ people who have spent literally 25 years getting this far–particularly Pam Hasagawa–but why is this garbage attached to what should be a simple identity/records restoration bill? Talk about big government!

BN, of course, continues to oppose the S 1087 as a reunionist sop that characterizes adoptee identity not as a right, but a favor. Supporters like to claim that disclosure vetoes will affect only a few so what’s the big deal. Well, the big deal is that under S 1087 some adoptees are more equal than others. Losers, whose birthparent(s) file a veto, remain state chattel expected to remain content sucking their thumbs, grateful they weren’t dumpsterized. Even worse, New Jersey deformers in their zeal to take whatever the state offers, are letting the state dictate the parameters of information access by accepting a contractual agreement in which the state promises to keep birthparents’ dirty little secrets secret, something that even the Draconian 1940 law that sealed records in the state never did. The “reasonable compromise” of S 1087 is unacceptable and unreasonable. If it screws just one…

Of course, the usual suspects are in high dudgeon. National Council for Adoption’s Lee Allen lamented the loss of birthmother “control” over confidential information. (Evidently, Lee hasn’t had a run-in yet with the rad moms of Origins-USA). NJ Catholic Charities’ Marlene Lao-Collins, opined that the bill is “fundamentally unfair” and objected that now “birth parents wouldn’t be allowed to remain anonymous to their children” (Somebody send her Judge Nixon’s ruling in Doe v Sundquist. Please!). Adoptee-hating, baby-dumping, queer-bashing, shame-pimping Crazy Marie Tasy, legislative director of New Jersey Right to Life moaned, in a thinly veiled abortion threat, that “Public policy should encourage adoptions, not place more obstacles in the way to discourage them.” Earlier the NJ ACLU argued it’s the state’s duty to protect birthparents, afraid to speak for themselves, from the rotten fruit of their misspent youth and the dreaded Christmas morning knock on the closet door. As usual, adopted adults, unless kept in check, will kill the fatted adoption goose with our unreasonable demands of identity rights, genealogy, and self-ownership. 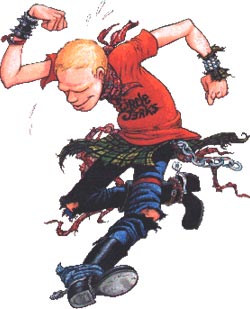 What is bad about low adoption rates? What is bad about children born to empowered mothers and fathers who want them and are able to care for them? What is bad about families remaining intact, not separated and anonymized by the state and its adoption agency hit squad? If family togetherness is bad, then it is clear that adoption is anti-family. And that’s not where the NCFAnoids want to go. Is it? Or is it?

Compared with the general child population, children placed with adopive couples are better off economically. Their parents are better educated and older than the parents of other children. Adoptive parents are less likely to divorce.” Fagan’s source: “Unmarried Parents Today” published in 1985 by (you guessed it!) NCFA! Can we say circle jerk?

If we are all better off adopted, let’s just pass out baybees at the backdoor of the hospital to anybody hanging around. Has Pat Fagan dispersed any of his children to the general population? Would NCFA be willing to give ’til it hurts?

Adoption is supposed to be about the “best interests” of the child. But when that child grows up he or she apparently loses “best interest” status. Our “best interest” is suddenly subjugated to a government-created mythological “interest” du jour, whatever it may be.

What doe sit take to get these biddyfied social engineers out of our lives?

109 Replies to “IS ADOPTION ANTI-FAMILY?”