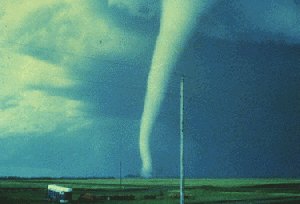 OK not a great blog, but here goes….

Sometimes I’m amazed at what Bastardette has unleashed in the past 6 weeks. The reaction has been informative for me and I’m sure other people. I agree often with the sentiment, but not always with context (or lack thereof) or strategies. And, as an equal opportunity hater, I can also dismiss everybody (including myself) as a crackpot if I feel like it

Some comments are overly harsh and even cruel, but I don’t think that is particularly bad in the long run, though knowing many of you on some personal level, I wish you’d be kinder to each other. Reading comments in a detached and non-personal manner, however, remind us of what Mirah Riben calls “the dark side of adoption”–a side that activists can never afford to forget if we want to succeed.

I am sure most of us are reasonably nice people in real life. Our personal adoption narratives however, have created alter-personas of anger and frustration. We are treated by the state and its client adoption “professionals” as insignificant and invisible. If permitted to grow out of our arrested development stage we get in the way of the “experts”” grand design of social control through better engineering.

Don’t serve the enemy.
We can each tear off our little chunk of adoption animosity, but until a viable political and historical analysis of adoption is developed and implemented into change, those little chunks will continue to choke us. The change will come from us and people like us. To create change everyone must step out of the vulnerable paranoid personal and into the brave new fora of public scrutiny.

Take the time to spew the same vitriol on our enemies as on our friends. Otherwise, we are Eldridge Cleavering ourselves. Public policy creates personal agony. We are not each other’s enemy. The state is our enemy.

Speaking of the enemy…I’m in Washington DC for a few days. I’m using time tonight and tomorrow to selected comments.

277 Replies to “BLATHERINGS FROM THE BELTWAY”