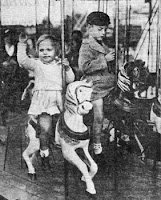 Excuse my impatience, but just give Hoosier Bastards their goddamned OBCs and be done with it!

The  newest trick pony spinning  on the Indiana merry-go-round  is HB 1029 sponsored by freshman Rep. Sharon Engle (R-Attica).  The bill, if passed, according to the Lafayette Journal Courier,  would allow the relatives of adoptees and pre-adoptive siblings  access to birthparent medical histories. Current law permits adoptees birthparents, adoptive parents, relatives of an adoptive parent, state or country child and family services-related officials, adoption agencies, and courts to petition for the release of medical information.   (I have no idea why a court would have to petition  itself  to get the records.  Maybe it’s an Indiana thing ,A similar bill was stuck in committee last session.

Here’s the synopsis of the bill taken from the Indiana Leg page.  Scroll down the bill page page and you’ll see the entire bill.  Notice that there is only a minimal change in current language. 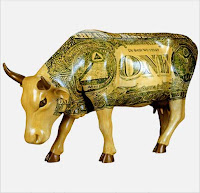 In addition, some  or all of  the judicial salaries  fee ($20), public  defense administration fee ($5),  court administration fee ($5), and the judicial insurance adjustment Fee ($1) are deposited into the state General Fund. Revenue from the pro bono services fee ($1) is transferred by the State Auditor to the Indiana Bar Foundation for use to assist  with  pro bono legal services  programs  in Indiana. And proceeds  from the automated record keeping fee ($5) are deposited into the state User Fee Fund.

Additional fees may be collected at the discretion of the judge and depending upon the particular type of case.

IOW,  it could cost over $130 to get a  medical history, no doubt sparse,  that’s already on file in Crown Point, or Howard. or Hartford City, or Indianapolis,  and presumably pretty available to the appropriate judge or magistrate..  Compare this cost with the fee of $6.65 I was charged for my entire adoption file in the Lucas County (Ohio) Probate Court a few years ago.

It also looks like a CI could be appointed to contact the first parents for an update.

Of course all this medical history will be transferred (as currently transferred) anonymously.

Rev. Zach Cooper, whose only claim to adoption experience seems to be his experience as the adoptive father of four and  “natural”  father of one, supports the bill.  At least he thinks he does.

It’s a phenomenal step forward, if I understand it,” said Cooper, who lives in Attica.

Once concern, he said, could be over anonymity.

If they can maintain anonymity, I don’t  see any foul or harm to know that information,” Cooper said.

Sorry Rev Zach!.  This is not 1961 and this is not a phenomenal step forward.  It’s a pathetic step backward into the dark ages of adoption. A feelgood measure to maintain the archaic and secret bastard status quo and let the Indiana legislature off the hook for  adoptee rights restoration.. But we gave you…. 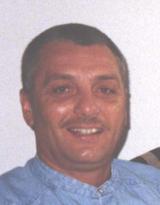 The sad part is that the bill is inspired by the 2007 death of Kokomo police detective and Viet Nam War  vet  John Hurlock, of stage-four colon cancer.  Adopted in 1949, Hurlock had no medical history. While terminally ill he searched for information on his birth parents, only to be slapped in the face by Indiana anti-adoptee secrecy laws.  Det. Hurlock was mature and trustworthy  enough to join the Marines and later serve on the Kokomo police, but not enough to know the names of his parents and history.. His wife Cathy continued the search after his death, but was unsuccessful.  She wants her adult daughters to have their family medical history, and it looks like this bill is the only way they’ll get it–if it even exists..Unless, of course, Cathy and her daughters could get their hands on Hurlock’s OBC and complete their search themselves.

Wanting a medical history is  understandable and reasonable, but we’re talking adoption laws which are neither understandable nor reasonable.  Det. Hurlock,  his family, and all Indiana adoptees deserve better than this piece of politically reverential fluff  that changes only a few words of the current law and keeps the state’s bastards and their records shackled.Why should any of them have to beg for a medical history?.  Why should their names and families and histories be confiscated  sealed, and paternalistically locked up and away by the state to protect the perceived comfort zone of others who never even had a say-so in the matter?

Indiana: Just treat the adopted the same  the not adopted and give them their OBCs. It’s a simple, non-expensive solution to a great big problem. We’re not going away, so the state might as well.  Anything less than full access is an insult.  We’ll work out our own relationships and the state can go back to fiddling with taxes and highways.